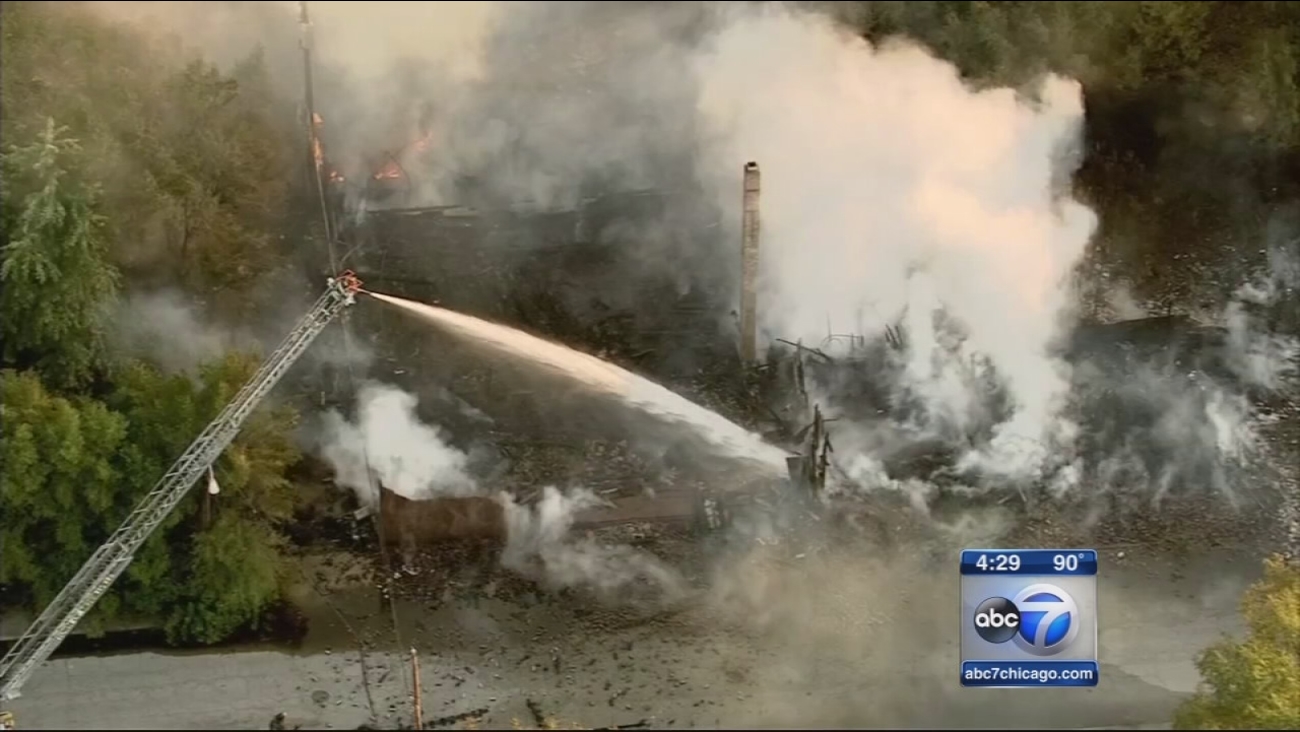 A man posing as a firefighter is being questioned in at least one fire at a vacant building in Gary, Ind. (WLS)

CHICAGO (WLS) -- Gary police took a second man into custody in connection with a string of recent fires set inside abandoned buildings.

Officials have not released details about the second person they are questioning.

On Tuesday, investigators arrested a 22-year-old man in connection with a fire at a vacant building near East 17th Avenue and Maryland Street Tuesday morning.

"The blaze was ridiculous. It didn't look like someone set the fire. It looked like somebody bombed the place," said Julian Miles, a Gary resident.

Police said he posed as a firefighter.

"He actually came to the scene. That's how officers spotted him. He came back to watch firefighters fight the fire," said Lt. Thomas Pawlak, Gary Police Department.

Police found gas cans, a firefighter's hat, gloves and vests inside the man's Chevy Impala. The sedan was made to look like an official vehicle with tags on the license plate and red and blue flashing lights.

Officials are looking at whether the fire at 17th and Maryland is connected to two other fires set inside empty buildings: one across the street that started earlier Tuesday morning and one about a mile away, near West 8th Avenue and Jackson Street.

No charges have been filed against either man.