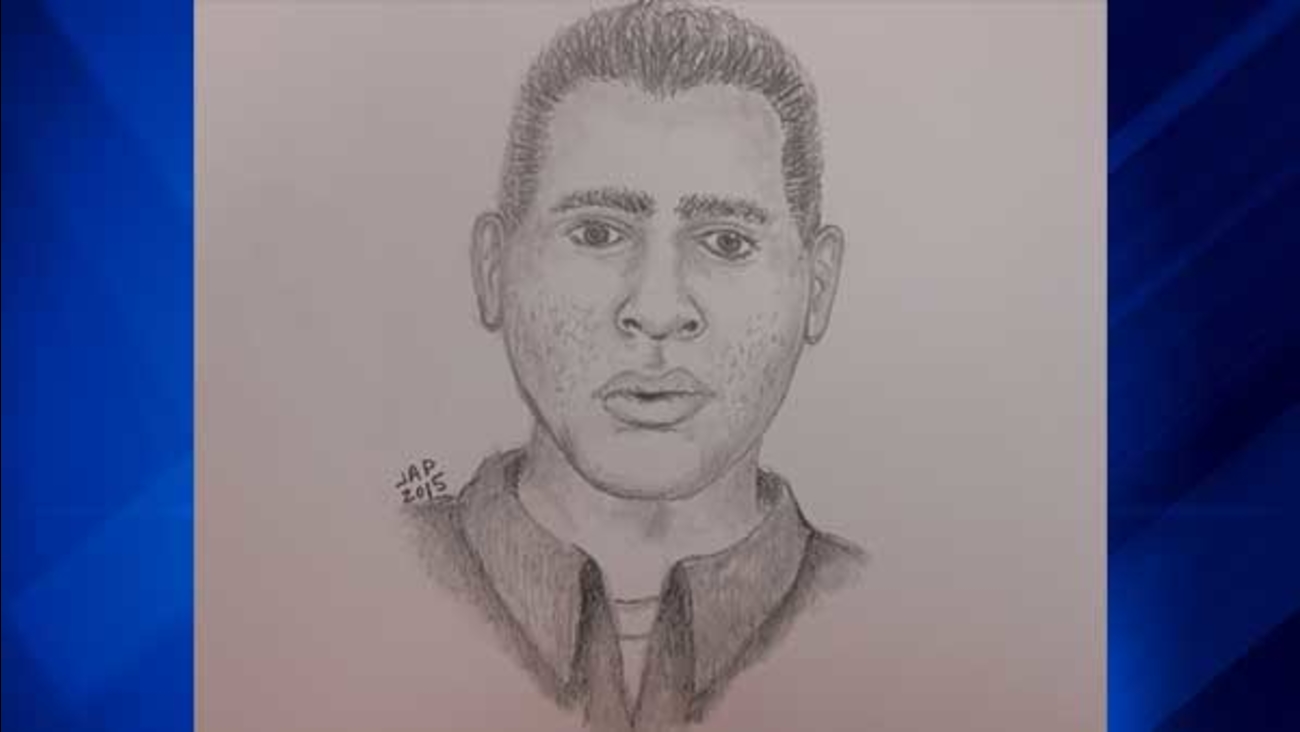 Streamwood police are asking the public to help identify a man who allegedly impersonated an officer and robbed a woman he pulled over. (Streamwood Police Department)

STREAMWOOD, Ill. (WLS) -- Streamwood police are asking the public to help identify a man who allegedly impersonated an officer and robbed a woman he pulled over in the west suburb.

The police department released a sketch of the suspect Thursday morning.

A 33-year-old Schaumburg woman was driving alone on a residential street near the intersection of Schaumburg Road and Route 59 last Thursday afternoon.

Investigators said a man driving what looked like an unmarked police car pulled her over. She said the dark-colored Ford had a blue and red light strip on the dashboard.

He allegedly identified himself as a Streamwood police officer, ordered her out of her vehicle and stole money from her purse. The woman was not hurt.

Police described the suspect as a Hispanic man in his 20's with brown eyes and dark hair. He is about 6 feet tall and has a large build. He was wearing a navy blue shirt and pants, which looked like a police uniform.

Anyone who can identify the suspect should call the Streamwood police tip line at (630) 736-3719.

Authorities said if drivers are unsure of a vehicle attempting a traffic stop, they should activate their hazard lights, slow down and try to stop their vehicle in a public, well-lit place.

Drivers can also call 911 and give their location to a dispatcher, who can verify whether the person making the stop is a police officer.