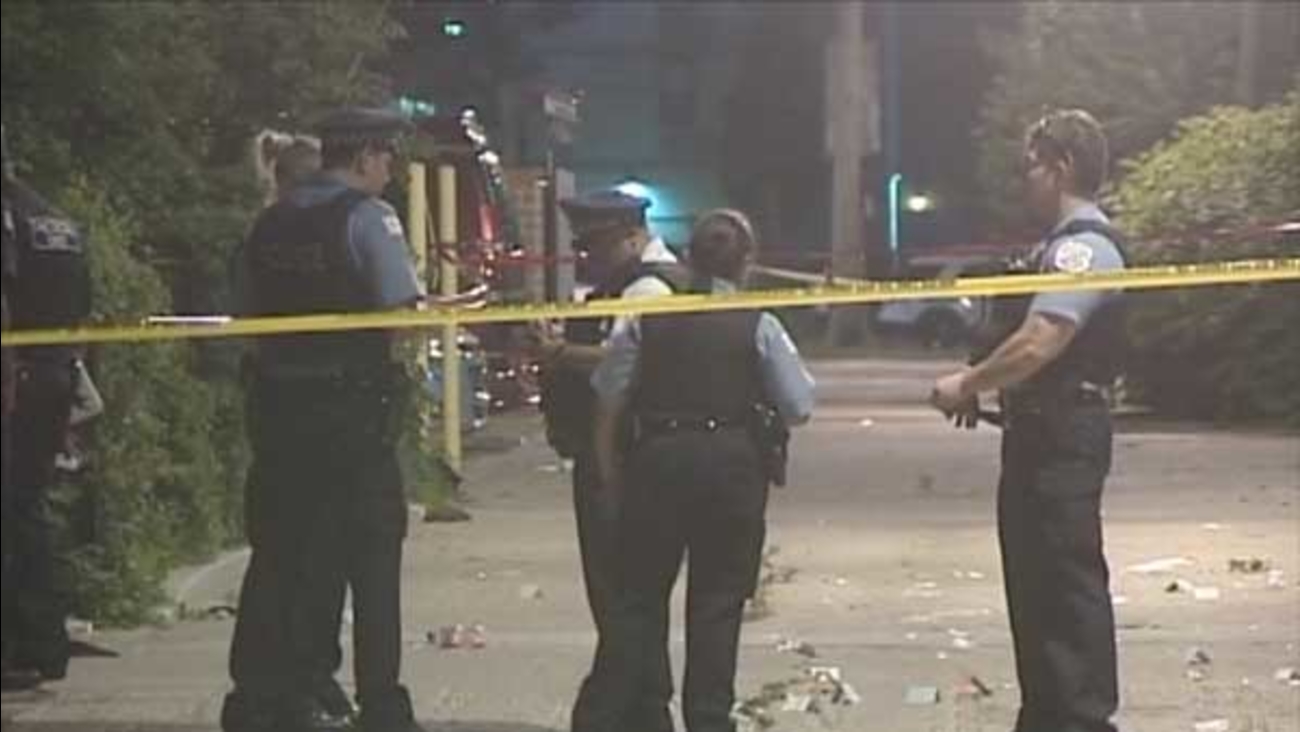 Shaquandra Ratliff, 20, was shot in the head during an outdoor party in an alley in Chicago's Woodlawn neighborhood, authorities said.

CHICAGO -- Eight people were killed and at least 46 others wounded in shootings across Chicago over Labor Day weekend, police said.

The final shooting of the weekend turned fatal in the Old Irving Park neighborhood early Tuesday on the Northwest Side.

A 31-year-old man got into a fight shortly after 3 a.m. in the 3300 block of North Keeler with someone who then pulled out a gun and shot him in the chest, according to Chicago police. He was taken to Advocate Illinois Masonic Medical Center, where he later died, police said.

Deandre Myles was standing on a sidewalk in the 3100 block of West Fifth Avenue about 7:45 p.m. when someone walked up and shot him repeatedly, according to police and the Cook County medical examiner's office.

Myles, who lived in the 2000 block of West Maypole, was taken to Stroger Hospital, where he later died, authorities said.

Sunday morning on the South Side, a woman was killed and a man wounded in an Englewood shooting.

About 7:45 a.m., officers responded to a call of shots fired in the 7200 block of South Green and found two people shot. A 20-year-old woman was shot in the abdomen and pronounced dead at the scene, police said. Her name was withheld Tuesday morning pending family notification.

A 34-year-old man was shot in the leg and taken in good condition to Advocate Christ Medical Center in Oak Lawn.

A few hours earlier Sunday morning, a man was killed and another injured in a shooting on the Near West Side. They were standing outside about 2:30 a.m. in the 1100 block of West Randolph when a black van pulled up and someone inside opened fire, police said.

Lavell Southern, 23, was shot multiple times in the back and taken to Stroger Hospital, where he was pronounced dead at 3:02 a.m., authorities said. He lived in the 8800 block of South Bennett.

The other man, 24, suffered a gunshot wound to the upper left arm and was also taken to Stroger, where his condition stabilized, police said.

About an hour earlier, a woman was shot to death in the Woodlawn neighborhood on the South Side, police said. Shaquandra Ratliff, 20, was shot in the head about 1:30 a.m. Sunday during an outdoor party in an alley in the 6100 block of South Cottage Grove, authorities said. Ratliff, who lived in the 6800 block of South Morgan, was taken to Northwestern Memorial Hospital where she was pronounced dead at 2:29 a.m., authorities said.

Late Friday, two fatal drive-by attacks happened within 20 minutes of each other on the Southwest and West sides.

About 11:40 p.m. in North Lawndale, 22-year-old Jamaal Barney was standing on a sidewalk in the 1800 block of South Drake when a gold SUV drove by and someone inside opened fire, authorities said.

Barney, of the 1600 block of South Central Park, suffered gunshot wounds to the chest, abdomen and legs, authorities said. He taken to Mount Sinai Hospital, where he was pronounced dead at 12:19 a.m. Saturday.

About 11:20 p.m. in North Austin, three men were standing on the sidewalk in the 1600 block of North Mayfield when someone in a passing vehicle shot them, police said.

Leonard J. Williams-Tate, 31, was shot in his right side and taken to Mount Sinai, where he died at 4:10 a.m. Saturday, according to the medical examiner's office. Williams-Tate lived in the 5100 block of West Wabansia.

The two others, 33 and 28, were each shot in the right leg and taken to Loyola University Medical Center in Maywood and West Suburban Medical Center in Oak Park, respectively. Their conditions stabilized, police said.

A 35-year-old man was sitting in a parked vehicle in the 1100 block of South Richmond at 8:20 p.m. Friday when someone walked up to the car and shot him. A friend drove him to Mount Sinai, where he was later pronounced dead. The medical examiner's office confirmed the death but his name still was being withheld Tuesday morning.

The latest non-fatal shooting happened just before 3 a.m. Tuesday in Englewood, where four people were shot in the backyard of a home.

They were sitting on a back porch near 56th and Green when someone entered the backyard and began firing at them, police said.

At least 38 other people were shot in separate attacks dating back to 4 p.m. Friday.