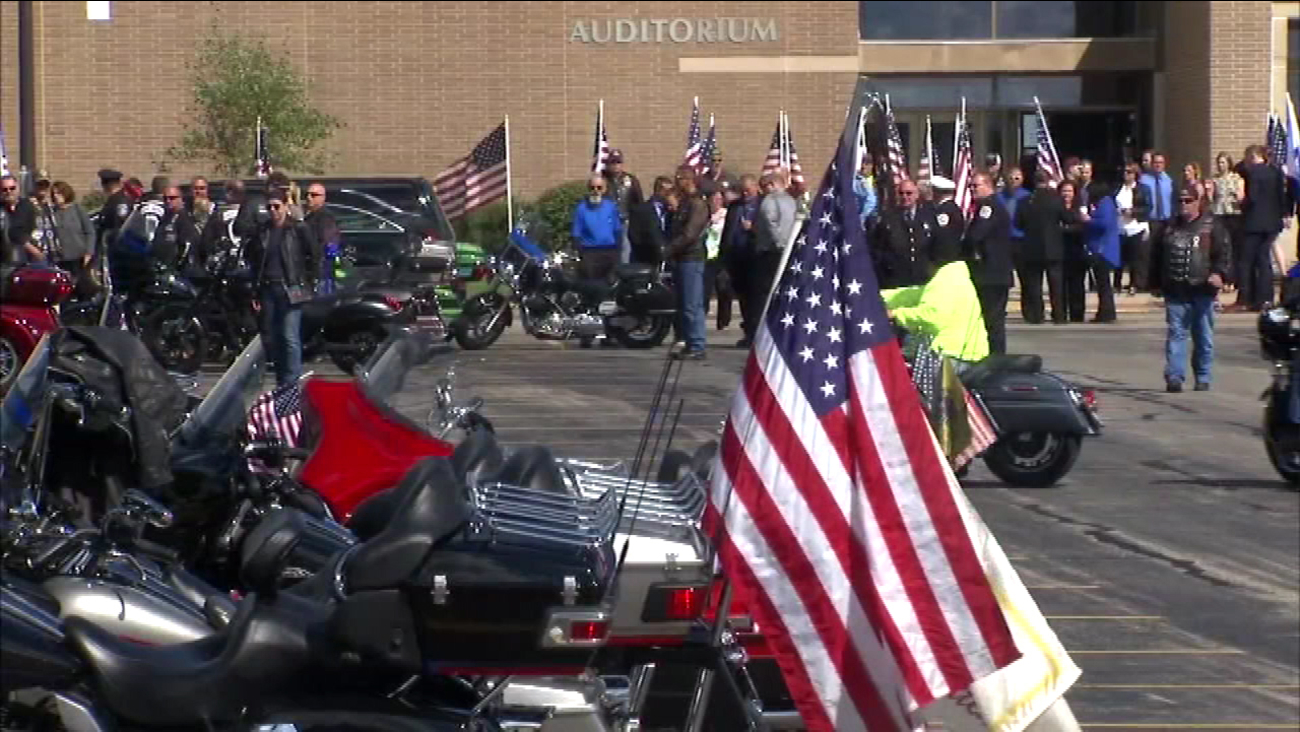 WOODSTOCK, Ill. (WLS) -- A funeral was held Saturday for McHenry County Sheriff's Deputy Dwight Maness, who died Monday from blood clots in his lungs 11 months after he was shot responding to a domestic call.

Even people who had never met the deputy came out to pay their respects.

"I wanted to be here for the family, the McHenry County police family and also for his wife," said Sgt. Patrick Donahue, Chicago Police Department.

"We thought it was really important to bring the kids out here (Saturday) and show them how much respect and support we need to show each other," said Eva Crown.