WILMINGTON, Ill. (WLS) -- An Amtrak train carrying more than 200 people plowed through a semi-truck on Friday afternoon. No one was seriously injured. 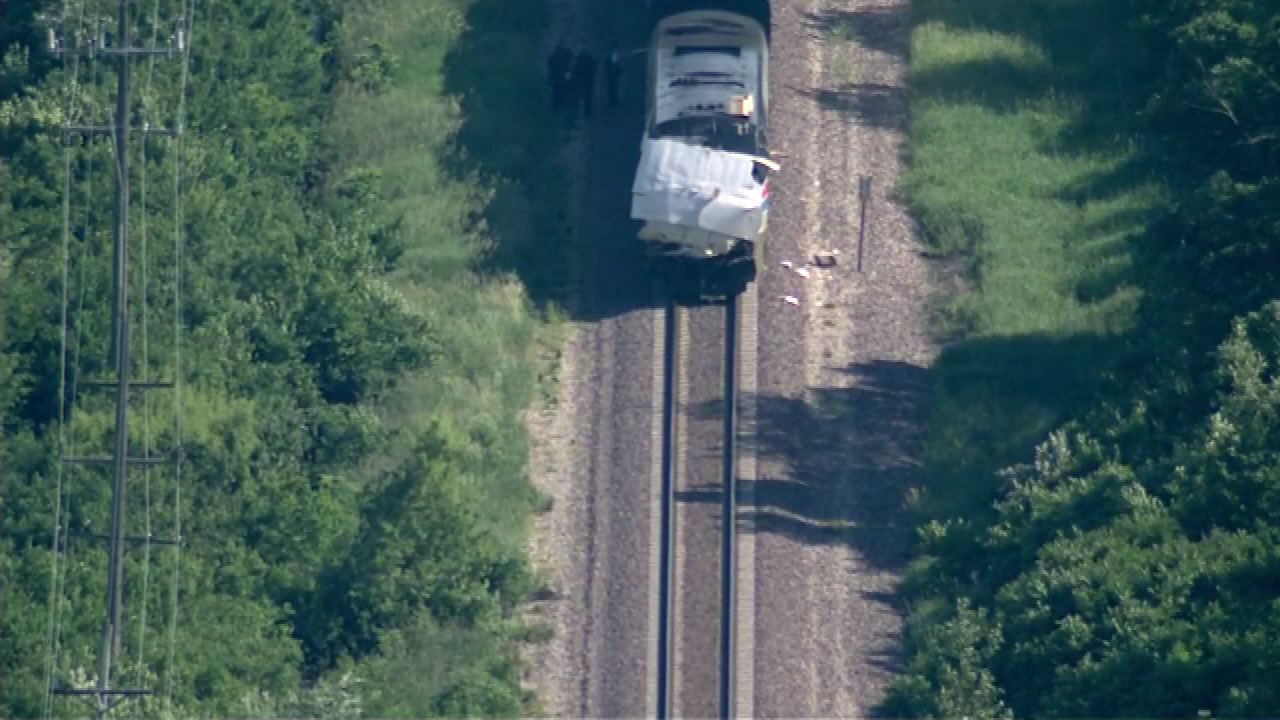 The train left San Antonio, Texas on Thursday and was headed for Chicago. The accident happened about 60 miles southwest of Chicago in Wilmington, Ill.

The contents of the trailer, mostly a shipment of bacon, were scattered everywhere as crews worked to clean up and repair the mess from the crash. For some passengers, it was a frightening few minutes before they realized what had happened.

"It felt like someone punched me in the jaw," said Oscar Machado, a passenger.

"It was just like a jolt. And after the jolt the train stopped. We didn't actually know what happened or what was going on until people started going to the window to look out the train," said Judy Tyler, a passenger.

The impact left the cab on one side of the tracks and the trailer on the other. Witnesses said the driver of the truck was able to get out before the collision and he was uninjured.

The intersection in Wilmington is surrounded by farm fields, but several neighbors who live nearby heard the loud noise as the train smashed into the trailer.

"I heard a big crash and I ran out here and saw a semi had gotten hit," said Bessie, a witness.

Amtrak brought passengers from the train to Wilmington High School while they got the train back on the tracks. They were able to move the train out by 8 p.m. Friday.

None of the passengers was injured badly enough to require a trip to the hospital, though they did have some anxious moments.

"I got pretty scared, even more yet because I have a pacemaker," Machado said.

The passengers arrived at Union Station Friday night by bus.

"We saw the truck, we saw the guy jump out of the truck," said Roberta Kelley, a passenger.

Neighbors said the crews had been working on the signals at the intersection recently. It's unclear whether the signals were working Friday or if they had anything to do with the crash.