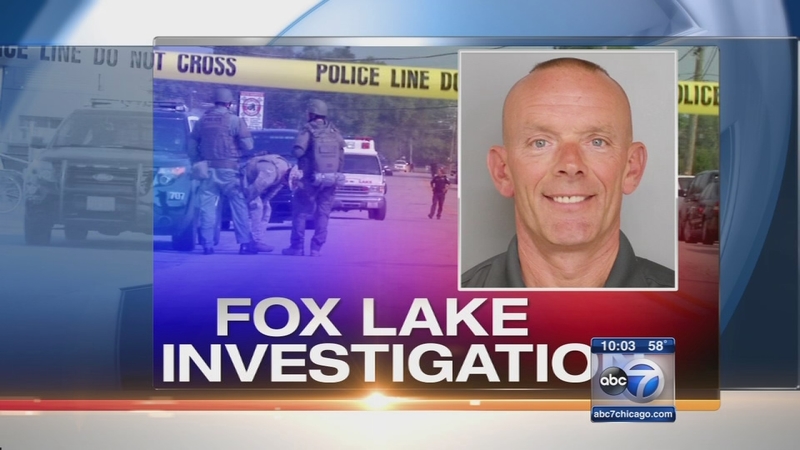 Now, the Associated Press says an official familiar with the investigation says one of the bullets was fired at an angle that allowed it to enter his chest above his vest in a downward direction.

This new information comes as lead investigators say the Lake County coroner has shared sensitive information on the case.

The deadly gunshot wound that killed Lt. Gliniewicz was to his torso, a fact released by Lake County Coroner Thomas Rudd. Investigators say he put the entire case at risk.

"The information that the coroner revealed regarding the nature of the wounds was a horrible decision on the coroner's part," said Prof. Richard Kling, Chicago-Kent College of Law.

"One of the ways that police figure things out is they get information from the person who is the suspect - that only the real killer would know - now everybody knows," Kling said.

The coroner's public comments Thursday sparked a quick reply. As the investigation continued, a statement was released, quoting the Lake County Undersheriff, who called the coroner "irresponsible" and "unprofessional." Lake County Major Crimes Task Force Cmdr. George Filenko was also quoted, saying it was "inappropriate" for the coroner to speak out. And then the commander held a news conference.

"It could jeopardize the entire case down the road," Filenko said.

"When you have several voices speaking to the same case, it becomes cacophony, it becomes confusion," said Prof. Art Lurigio, Loyola University Chicago.

Lurigio says that could hurt the public's perception of the ongoing investigation.

In Fox Lake, residents admit there is confusion about the investigation.

"It seems a little fishy to me," said Danny Reese, a Fox Lake resident.

"The community is up in the air, it's a little unsettling. So you really can't get it out of your mind," said Nancy Siedlecki, a Fox Lake resident.

So when it comes to moving forward with this case, Kling says: "Nobody should be opening their mouth but the head of the task force."

"Only withhold from the public information that could possible jeopardize the investigation, otherwise they should be fully transparent in what they know," Lurigio said.

It should also be noted that the coroner and the task force commander have clashed on an unrelated case. The coroner has openly criticized an investigation into the death of a toddler.

The commander helped take the confession of the day care worker convicted in that case.

However, the task force has emphasized that there is no rift between the offices handling Lt. Gliniwiecz's case.

As more details about Gliniewicz's final moments have come to light, the community continues to rally behind the grieving family.

A benefit in Spring Grove raised thousands for the Gliniewicz family on Friday night, where one of the lieutenant's four sons offered thanks.

"The love and support that all of you are showing us right now is incredible. I don't think I've ever seen the community itself this strong before," said D.J. Gliniewicz. "With such a negative event, so many positive outcomes have occurred recently."

Investigators say they've met at least twice with Gliniewicz's relatives but have declined to say if the family has been able to provide any information helpful to the investigation.