"I'm going to remember her smile. She was always happy-- always happy. And I just want to thank everyone that was here for her because she was loved."

Family members crowded outside the home where Sophia Caraveo took her last breathe. But one person was missing from the crowd, Dora's sister Santa Pablo; she's the suspect in Sophia's killing.

"As a sister-- I want everyone to be aware of mental illness. My sister was showing signs of it for the past month and a half, we didn't believe her, we shined it off," said Dora.

For Sophia's grandmother, Dora Coronado, the pain is twofold.

"It's a double impact for me because I lost my daughter and my granddaughter."

On Thursday morning, hours before the vigil Santa entered a not guilty plea in court.

On Sophia's father's side of the family they are feeling as much anger as they are grief.

"We loved Sophia, with all our heart-- for her to take away that precious baby-- it's devastating," said Michelle Hill, Sophia's great aunt.

But it's during this difficult time the four-year-old's mother is taking the time to warn others. She said if any family member shows signs of mental illness to pay attention.

"Pay attention to it. Listen to it because it's real. I don't want this to ever happen to anybody else," said Dora.
Related topics:
californiachild deathsuspicious deathtulare countyu.s. & world
Copyright © 2020 KFSN-TV. All Rights Reserved.
TULARE COUNTY 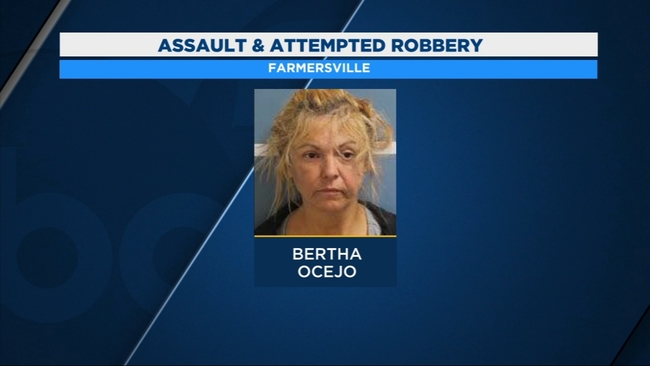