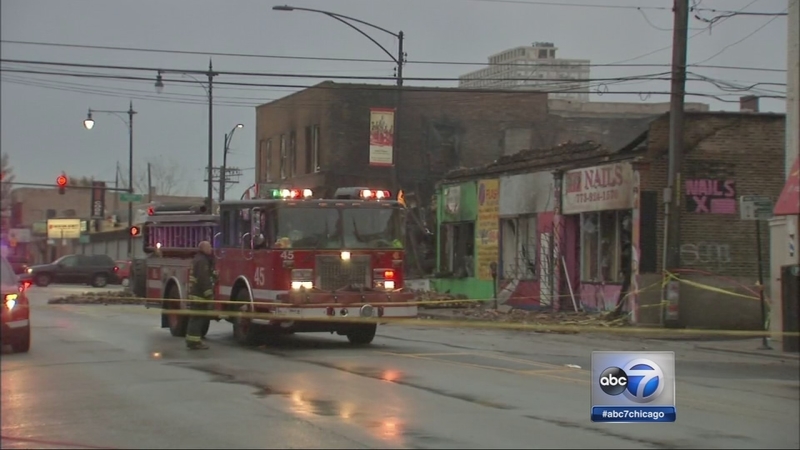 CHICAGO (WLS) -- Several businesses were damaged by a two-alarm fire in the 100-block of East 47th Street in the Bronzeville neighborhood. No one was injured.

The fire broke out around 10:30 p.m. Tuesday and the roof collapsed a couple of hours later. Hot spots continued to flare overnight before being struck Wednesday morning.

The fire destroyed two buildings that housed four storefronts: a nail salon, a pharmacy and a dollar store and furniture store that shared space.

Chicago fire officials have not released the cause.

More than 200 ComEd customers, including The Abundance Bakery, lost power as a result of the fire, but it was restored Wednesday morning.

"Right after 12 a.m., we lost the lights. Temporarily, we had to shut the gas because of the precautions. About 4:30 a.m. we got lights and gas," Dagene Brown, whose uncle owns The Abundance Bakery, said.