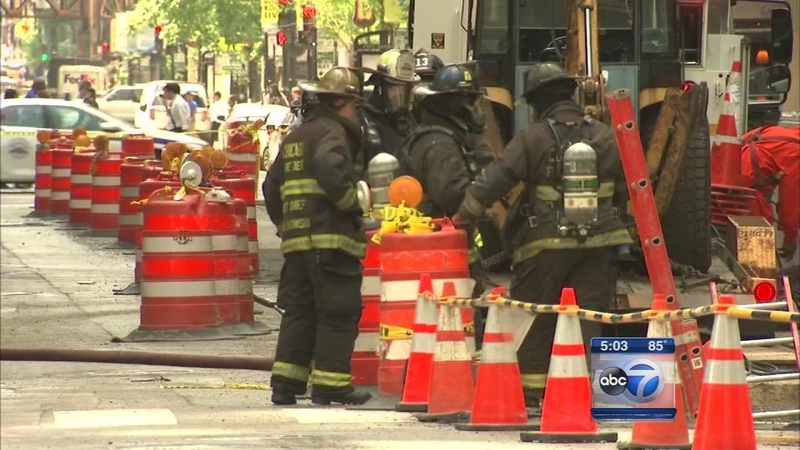 CHICAGO (WLS) -- Streets in Chicago's Loop have reopened after an old, retired gas main was ruptured by a construction crew Tuesday afternoon.

The pressure caused a gas cap to shoot up about a block away, near State and Madison streets. The small explosion did not cause any injuries.

A Level 1 hazardous materials response was called, which was later expanded to a Level 2 hazmat. State Street was closed to vehicles and pedestrians between Wacker Drive and Madison to give crews room to work.

Fan arrives to help bleed out gas from old gas main. #CFD says once that is complete. Streets in loop should reopen pic.twitter.com/dhTSvkpHKw

State Street was closed from Wacker to Madison until the remaining gas was burned off.

Chicago firefighters are responding to a gas leak in the Loop.

Chicago firefighters are responding to a gas leak in the Loop.