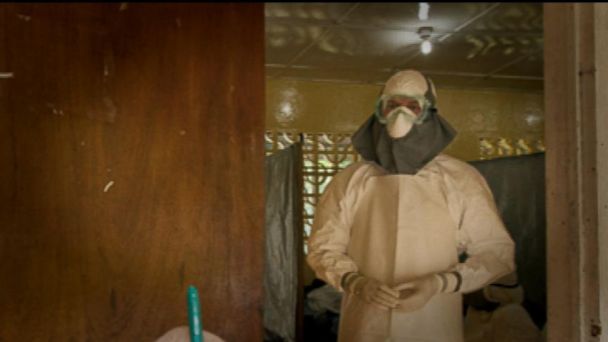 The Ebola virus continues its grim march across west Africa as the first two Americans were reported to be infected and a top Liberian doctor died this weekend.

Officials are also concerned after an infected man managed to board a plane from Liberia to Nigeria, potentially spreading the deadly virus to a fourth country.

The World Health Organization has reported that 1,093 people were infected with the virus as of July 20 in Guinea, Sierra Leone and Liberia, and of those infected 660 have died.

This weekend an American relief organization reported that both Dr. Kent Brantly and aid worker Nancy Writebol were sickened with the virus. They were helping the joint SIM/Samaritan's Purse team treating Ebola patients at the Case Management Center in Monrovia.

Health officials are particularly vulnerable to contracting the virus, which is spread through blood and other secretions. The WHO reported that at least 100 health workers have been infected with the disease and 50 percent of them have died.

Stories From the Front Lines of the Ebola Outbreak

Last week Dr. Sheik Humarr Khan, the doctor in charge of battling Sierra Leone's outbreak, was infected with the disease.

Dr. Steve Monroe, deputy director in Infectious Diseases at the U.S. Centers for Disease Control and Prevention, told ABC News that the outbreak has been going on for a long time and that usually health workers are infected at the beginning of an outbreak before the disease has been identified.

When a health worker is infected, officials will look for lapses in the use of the heavy safety gear designed to protect health workers, ABC News chief medical correspondent Dr. Richard Besser said.

"I've worn that gear and after about 15 minutes you are so hot in that gear you either have to get out of there or you're going to be dehydrated," Besser said. "Or there can be lapses. They're going to look and see if there was some break in that procedure."

Although the outbreak has been going on for months, there is no sign it will end soon.

The second American to be infected was identified as Nancy Writebol, who is employed by SIM in Liberia and was helping the joint SIM/Samaritan's Purse team that is treating Ebola patients at the Case Management Center in Monrovia.

SIM manages ELWA Hospital in Morovia, and the two organizations have been working closely to combat Ebola since the current outbreak began in Liberia in March.

Writebol,who is married with two children, had been working as a hygienist who decontaminated those entering and leaving the Ebola care area at the hospital, Ken Isaacs, a vice president of Samaritan's Purse, told The Associated Press.

"She is showing full symptoms of the disease," Isaacs said.

Dr. Kent Brantly, 33-year-old American doctor who was treating Ebola patients, also tested positive for the deadly disease. He was reported to be sitting up in his isolated hospital bed and working on his computer after he contracted the deadly virus this week.

Brantly, from Fort Worth, Texas, has been living and working in Monrovia, Liberia since last October, when he moved there with his wife and two young children as part of a post-residency program set up by Samaritan's Purse, a nondenominational evangelical Christian organization that aims to provide international aid.