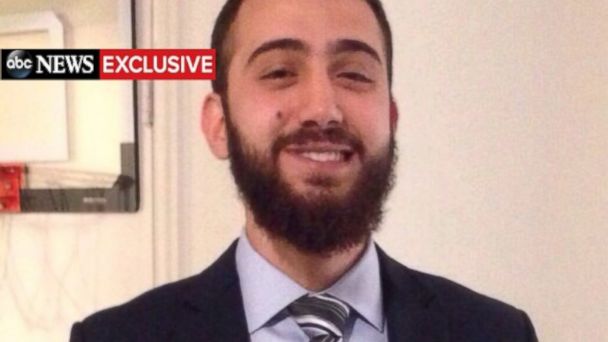 He was a man with serious mental illness, depressed and conflicted, a devout Muslim who regularly violated his faith by smoking marijuana and drinking heavily, but not anti-American or connected to ISIS.

That is the portrait the family of 24-year-old Mohammod Youssuf Abdulazeez has painted for FBI agents trying to learn why he went on a spree of violence last week that resulted in the deaths of five uniformed members of the military in Chattanooga, Tennessee. Law enforcement officials told ABC New the family has been fully cooperating in the investigation.

The FBI said it has yet to see any evidence Abdulazeez was connected to ISIS or any other terror group.

A family representative said the family has told the FBI there were no outward signs of radicalization but added Abdulazeez "was susceptible to bad influences" and would be affected by watching news accounts of "children being killed in Syria."

The family released a statement Saturday saying Abdulazeez suffered from depression and that there are "no words to describe our shock, horror, and grief."

"The person who committed this horrible crime was not the son we knew and loved," the statement said. "For many years, our son suffered from depression. It grieves us beyond belief to know that his pain found its expression in this heinous act of violence."

'Self-Medicating, Deeply Depressed'Earlier this year, Abdulazeez reposted a video made by someone else on his social media account detailing "how to buy an AK-47."

The family representative said he had a number of guns in his house and often used them to go hunting or for target practice with friends at nearby firing ranges.

The family sought, without success, to get him treatment for his mental illness, and to keep him away from a group of friends with whom he would drink and smoke marijuana, the family representative said.

A seven-month trip to Jordan last year was an effort to "get him away from bad influences in the U.S.," not part of a path to radicalization, the family told agents.

"He was self-medicating, deeply depressed and having a hard time working the night shift at his job," the family representative told ABC News.

The convertible sports car Abdulazeez used to carry out his deadly rampage was only recently rented and a point of pride for the young man, the family told the FBI.

"He bragged about it, and was showing it off to friends about how fast it would go," the family representative said.

His pending court date for a DUI arrest had him and his family very worried, the family representative said.

Abdulazeez had been arrested at 2 a.m. on April 20 -- a day celebrated annually by marijuana users -- this year after he was stopped by police for "driving over 10 mph under the speed limit, and stopping at green lights." During the stop an officer says he noticed that Abdulazeez car smelled like alcohol and marijuana odor, and that his eyes were bloodshot and that he was unsteady with slurred speech, according to the arrest report, obtained by ABC News.

An officer said he also noticed irritated nostrils and a white powdery substance under his nose, but Abdulazeez responded that he had "crushed caffeine pills and snorted them" and that he was around friends who were drinking and smoking marijuana.

A friend of Abdulazeez said he last saw the 24-year-old at a local mosque just last Saturday, where Abdulazeez was helping to clean up for Ramadan. He appeared excited and seemed carefree then, the friend told ABC News.