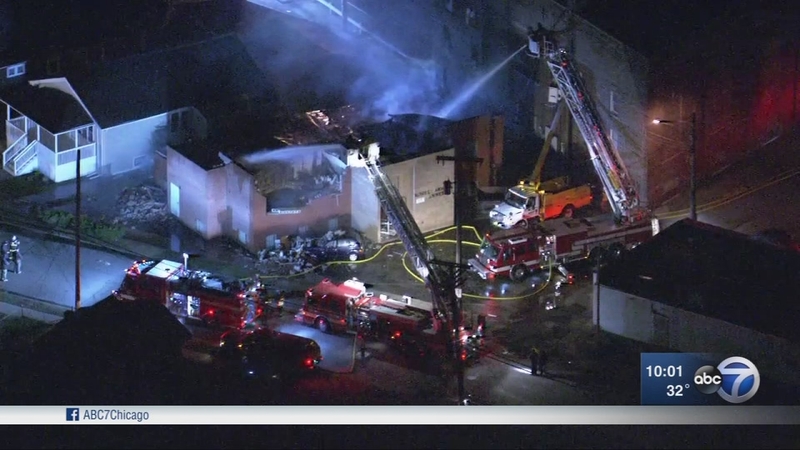 Around 5:20 p.m. a gas explosion took place in the church's annex, sending cinder blocks flying. One person was injured and transported to hospital, a Hammond police spokesperson said.

"I was maybe a block and a half away, and I felt the house violently shaking," said Steven Wiles, a Hammond resident. "I walked over here, I saw the building up in flames-big, bright flames-and there was glass shattered all over the ground."

Emergency crews were called to the church, located in the 800-block of Wilcox, at about 6 p.m.

Authorities said minutes earlier, a deacon had arrived at the church. After smelling gas, he went to check a furnace room.

"Next thing he heard was a pop and a boom, and it blew him back," said Chief Jeff Smith of the Hammond Fire Department. "He rolled down the stairs, and when my guys got there they found him standing across the street."

That deacon suffered burns, but was awake and talking with first responders when they arrived.

NIPSCO crews were on the scene of the fire, said NIPSCO spokeswoman Tara McElmurry. Crews were not in the area prior to the fire.

The church annex, which housed a food pantry, has been totally destroyed.

But Hammond residents are thankful the explosion occurred when it did, because an hour and a half later, people would have been inside for a prayer meeting.