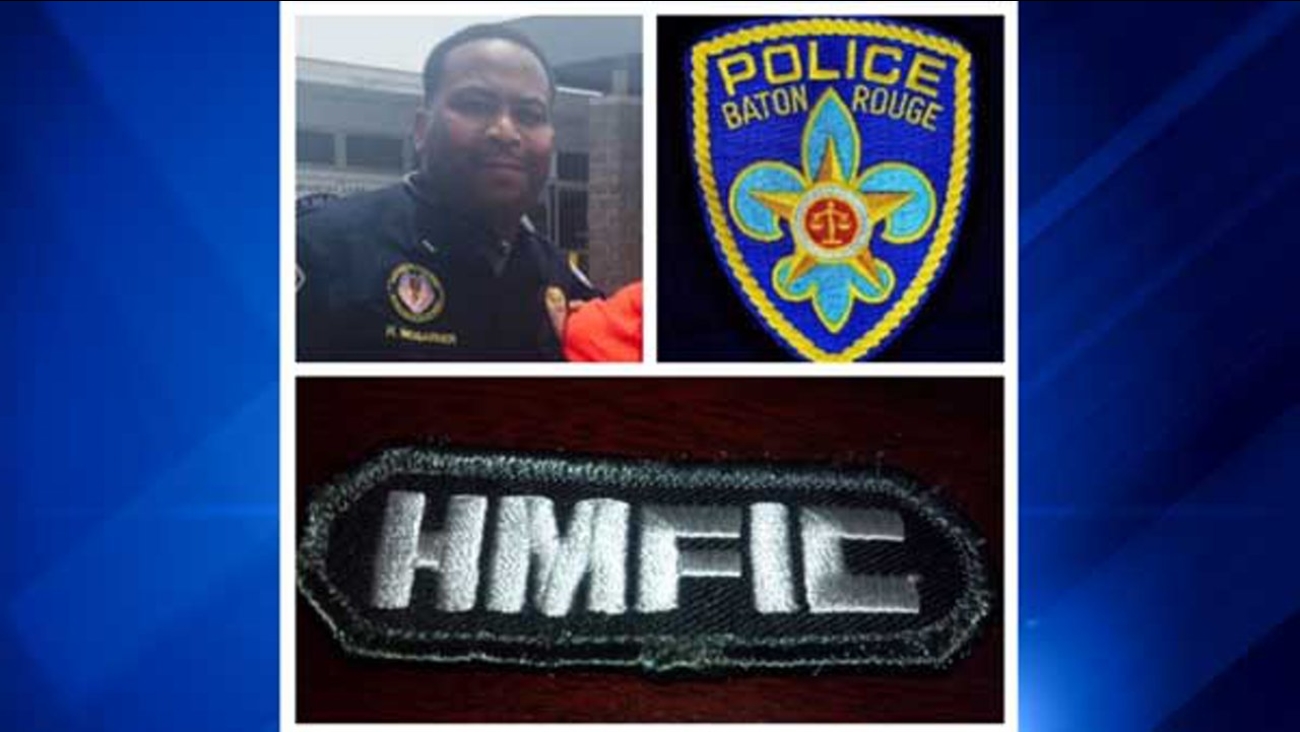 The question is, which five?

The five words are designated by an acronym on a patch Lt. McGarner wears on his Baton Rouge police uniform: HMFIC.

On the streets of Chicago - or Baton Rouge, where McGarner has worked the past 26 years - those five letters stand for the crudely, no-nonsense: "Head Mother F----- in Charge."

McGarner, a long-time street cop working in a city that has gone through difficult times their past few months, was the subject of a story in People magazine entitled: "A Black Cop Confronts the Crisis of Police Shootings and Racial Conflicts."

The centerpiece photo in the People spread last week featured McGarner in his department-issued uniform sporting the non-department-issued HMFIC patch. It is the same patch that McGarner has also posted on his personal Facebook page.

People magazine zeroed in on the state capital in southern Louisiana, "After a continued string of police shootings of black men, in Baton Rouge and elsewhere - and a backlash of attacks on officers, including three who were killed and three more injured in Baton Rouge by a gunman authorities say was driven by racially-motivated fury - police violence has been met with increased scrutiny, protests and federal investigations."

The I-Team asked Baton Rouge police officials about one of their veteran cops wearing a patch displaying the acronym HMFIC, that in most circles stands for "Head Mother F----- in Charge."

"I am aware of the slang use for HMFIC" said Lt. Jonny Dunnam, Baton Rouge Police Department spokesman. "Lt. McGarner is a veteran of the US Army and in military parlance the acronym stands for 'Head Military Figure in Charge'."

These days, even that more obscure military meaning might be equally as troublesome for police. Since the violence in Ferguson, Missouri and elsewhere, attention has been focused on police departments becoming too "militarized" with the deployment of armored vehicles and battlefield weaponry to deal with civilian issues.

So, whether the patch was intended to be "Head Mother F-----" or "Head Military Figure," after inquiries by the I-Team, the next time People magazine profiles a Baton Rouge police officer don't expect to see HMFIC in the photo.