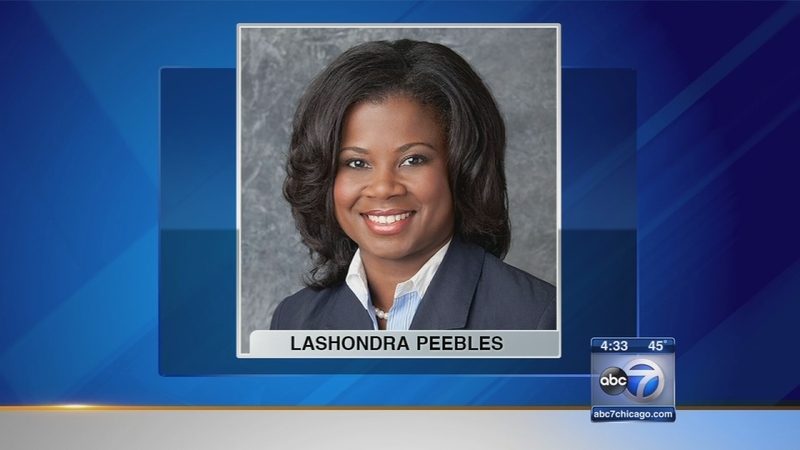 CHICAGO (WLS) -- A former Chicago State University director is accused of hatching a plan to hire her mother in a ghost payroll scheme. Thursday, the accused appeared in court on numerous theft, official misconduct and fraud charges.

"She was so brazen in the way this theft occurred that it is reprehensible," Alvarez said.

LeShondra Peebles, 43, a former administrator, is accused of hiring her mother, 65-year-old Shirley Kyles, who never showed up for work. Peebles also is alleged to have steered a consulting contract to a family friend.

"The University uncovered this and brought this to our attention last year," Alvarez said. "So they did a great job in performing an internal audit to find this."

Former CSU president Wayne Watson was sued by Peebles, who alleged Watson tried to make her file a sexual harassment allegation against a professor. Watson reported his suspicions about Peebles to the State's Attorney office.

Donna More is running against Alvarez in next year's Democratic primary. The former state and federal prosecutor suspects the incumbent's CSU announcement is political.

"This office, in my judgement, only does things when forced," More said. "So I'm glad that competition in the State's Attorney's race has led her to actually indict a public corruption case."

Alvarez disputed that charge, saying, "I have charged more political corruption cases than any of my predecessors since I took over."

Another Democratic primary challenger is former Assistant State's Attorney Kim Foxx. After releasing a campaign video this morning, she also said the two term incumbent is trying remake her image.

"So the increase in appearances is attempt to remind folks that she's up for re-election," Foxx said.

"I'm not making a big deal out of this," Alvarez countered. "It is what it is."