WLS
CHICAGO (WLS) -- Mourners are remembering an Illinois Army pilot who was killed in a helicopter crash.

Kevin Mose Weiss, 32, was a beloved member of his community. A local hero long before he enlisted in the army. At the age of 15 Weiss rescued three boaters who capsized in the Fox River. It is stories like this one that were told at his funeral service Saturday.

It was an emotional service, but also a celebration of life as Weiss was laid to rest in McHenry. The Army pilot and chief warrant officer was killed more than two weeks ago. He died December 2, along with another pilot in a helicopter crash while on a training exercise in Tennessee.

"Mose loved his country," said Susan Weiss. "He loved god and he loved his family."

"It hurts bad now, but he lived a great life in a short time," Kevin Weiss said. "Motivated a lot of people around him. As a father, I couldn't be prouder."

Survived by his parents, a wife and two young children, Weiss's clearly devastated family praised the army, and the McHenry community for its support during this difficult time.

"It's overwhelming," Kevin Weiss said. "The support of the community, the military, the fine young men my son has been sharing his life with. It's amazing."

Weiss served eight years in the Army as an enlisted soldier before being commissioned as a warrant officer. A pilot for the 101st Airborne Division, he was deployed to Afghanistan in 2014. But for those, who knew him his entire life, Weiss was so much more than just an army man.

"Kevin was such a kid," family friend Laura Deangelis said. "He was so funny. He used to come to our house all the time. He and my son were really good friends and Kevin's parents are just amazing. They really are. It's a really neat family."

The cause of the crash that killed Weiss is under investigation. This is the third Army helicopter crash in the last month. As a result, the Army grounded all aircraft in the country for five days to review safety and training procedures. 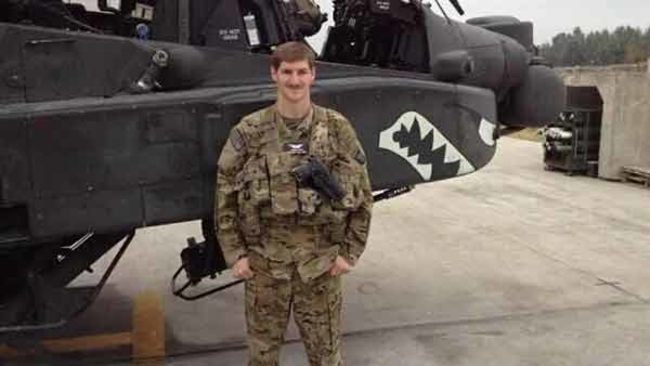 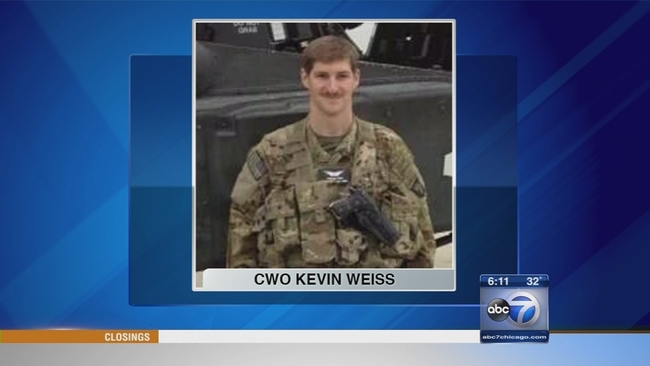