Gary lifeguard fired after caught lying down on job 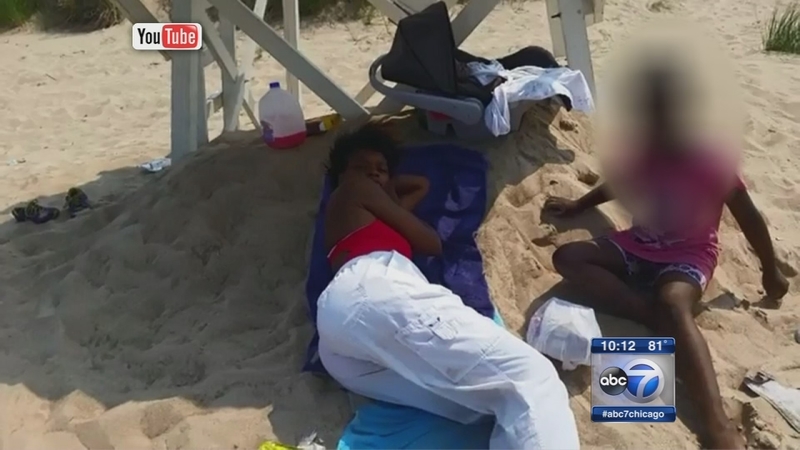 Gary lifeguard fired after caught lying down on job

GARY, Ind. (WLS) -- A lifeguard at Marquette Park beach in Gary has been fired after she was captured in a YouTube video laying in the shade while on duty this past weekend, a city official said.

"In regards to the lifeguard situation that has been on YouTube ... it is inexcusable conduct," said LaLosa Dent Burns, the director of communications for the city of Gary. "We addressed the situation as soon as we became aware and the employee has been fired."

The video - posted on YouTube by Hugh Sutton - shows the lifeguard laying beneath her perch at the beach, which is located in Gary's Miller Beach neighborhood.

In the three-minute video, Sutton confronts the female lifeguard, who is wearing pants and socks and laying on a blanket.

"I used to be a lifeguard for five years. I just want to know why are you lying down on the job? Aren't you supposed to be watching the water?" Sutton asks.

The woman apparently wanted to get out of the sun and into the shade. Sutton said it made him angry.

"If something was to happen to me or my wife or my two children, I would just be devastated, you know. Then she would have to live with that for the rest of her life," Sutton said.

The lifeguard also acknowledged that she had her own child with her on the job.