WLS
By Paul Meincke
CHICAGO (WLS) -- Of the 43 clemency petitions that former Gov. Pat Quinn granted on his final day in office, the case of Howard Morgan was one of the most unexpected and most controversial.

It's a case that involves the incendiary mix of race, politics, a man who nearly lost his life, and four cops who came close to losing theirs, and now, a decision that has no "public" explanation from the man who made it.

Howard Morgan walked out of prison Wednesday afternoon after his 40-year sentence for the attempted murder of four Chicago police officers was commuted by former Gov. Quinn.

Morgan's freedom has his family and supporters rejoicing, but has outraged others, among them Chicago Police Officer John Wrigley. Wrigley was one of three cops shot by Morgan in a fateful encounter 10 years ago next month.

Police and prosecutors didn't know Quinn was even considering clemency for Morgan, and they likely will never know why.

What began as something of a traffic stop, turned into a scuffle and then gunfire 10 years ago. Police say that Howard Morgan, a former Chicago cop, was immediately belligerent, went for his gun, and fired first, and what followed was an exchange of dozens of shots fired. Morgan claimed that the police were the provocateurs, shooting without reason, but a jury convicted Morgan. Now the former governor has ordered him freed, and Pat Quinn is under no legal obligation to explain why.

"The governor has absolute power to make decisions on clemency whenever he wants, for whatever reason he wants and it's been tested in the courts," said Former Prisoner Review Board Chair Jorge Montes.

Montes says controversial decisions are a sign of leadership, and he applauds Quinn for tough choices. But police and prosecutors call it a choice done behind their backs, and they have questions for Quinn.

There have been legal challenges in the past to the governor's executive clemency powers, most notably when George Ryan granted blanket clemency to everyone on death row at the time, over a decade ago. The courts ruled then that the governor's clemency authority was a constitutional absolute. 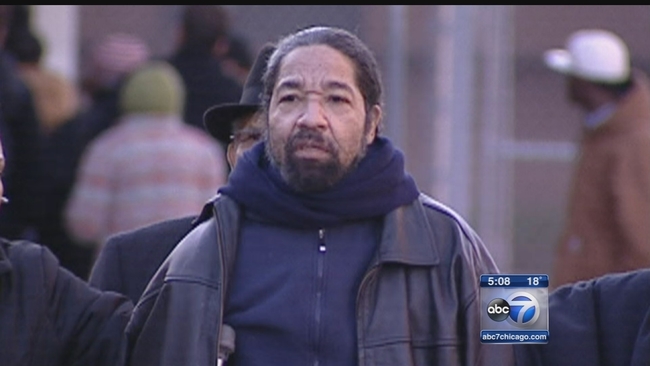