CHICAGO (WLS) -- Nearly 250 firefighters and paramedics were called to the scene of a 3-11 fire in Chicago's Little Village neighborhood overnight. 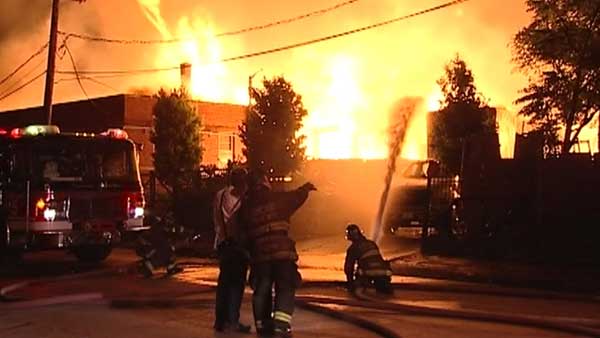 The blaze burned through three buildings at least half a dozen semi-trailers and thousands of pallets used to support various goods for transport.

Firefighters had a hard time pumping water from the neighborhood to the scene and one hose started to collapse as they worked to put out the flames. They had the fire under control by around 1 a.m. Friday.

Several units were still on the scene around 5 a.m., dousing hot spots with water from the top of an extended ladder.

No injuries were reported. The cause of the fire is under investigation.