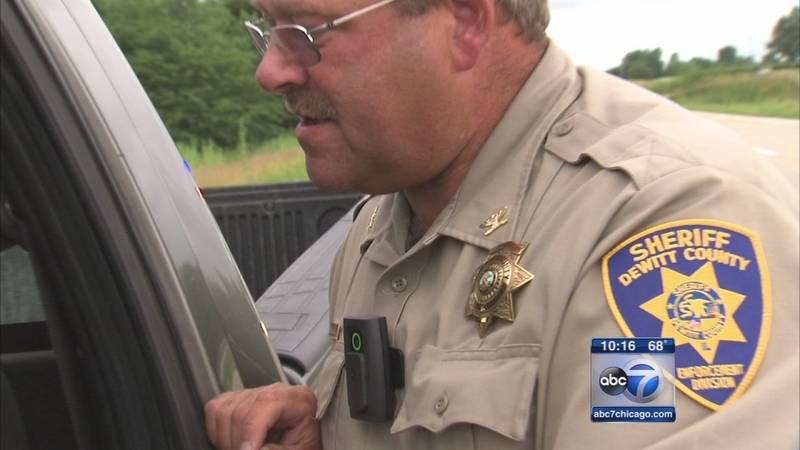 From cameras to wearable computers, new gadgets are not just helping you update your Facebook feed- they're becoming vital tools for law enforcement.

New police gear is popping up across the Chicago area, from body-worn cameras at the Lake County Jail to new Taser cams carried by state police troopers. But is enough being done to look out for your privacy?

Chief Deputy Mike Walker's traffic stops just got a brand new step. As he approaches a speeder, he flips a switch on his chest to turn on his new body-worn camera.

"We use them on all of the calls that we go to," said Chief Deputy Walker, Dewitt County Sheriff's Department.

Dash cams have been law enforcement tools for years, but now, police officers are being outfitted with wearable technology. The first step for many departments statewide lately has been body-worn cameras that catch in real time what's really happening at a crime scene or on a hectic call.

"They don't have to rely on what they've written down or their memory, they've got it on video," said Chief Deputy Walker.

"Well shortly after he went and had seen the nurse, one of our correctional officers observed him doing pushups in the cell so she turned on her VievU camera and got the video of that," said Chief Deputy Walker.

"I think cameras really are the first step. I think the idea of having that Robocop level display is going to be a reality very soon if not already," said Andrew Johnson, UIC Computer Science.

The University of Illinois-Chicago's electronic visualization lab is developing the next generation of gadgets to help people physically connect with their environment. The sensors are a type of sonar that actually taps or nudges wearers when they're getting close to something, and could be used by police to see in a dark room or sense if someone is sneaking up on them.

Experts say wearable computers, like Google Glass, will be soon deployed for law enforcement, so officers can use real-time data in dangerous situations.
"I think for law enforcement officers, the big gain is seeing what the context is, knowing what is the neighborhood like, what are potential threats in the neighborhood, where are the other people, where are the other officers, how far away is backup? Having a lot of information that could be useful to you and being able to prioritize that information in order to do your job better, keep people safer," said Johnson.

"We're in the midst of a technological explosion as a country. The problem is that technology also comes with an ability to reach into our lives in a greater fashion," said Ed Yohnka, ACLU Illinois.

Privacy advocates are concerned that body-worn cameras and computers could capture images inside someone's home, and there aren't clear standards on how long law enforcement keeps information, or keeping it secure.

"You want to ensure that at the same time that you're adding the technology that we're also playing by the old rules," said Yohnka.

With both police and people on the street recording interactions with law enforcement, brutality claims are expected to drop because the evidence is right there on video. There are still legal questions surrounding consent, especially in Illinois, where the eavesdropping law is in flux. Some departments actually ask for a person's permission to record.