ABC7 I-Team Exclusive
WLS
By Chuck Goudie and Christine Tressel
CHICAGO (WLS) -- The ABC7 I-Team investigated a device intended to save lives that most of us see on the highway every day. It is supposed to protect drivers who hit guardrails head-on, but may not work.

End terminals - yellow and black rectangles on the ends of guardrails - are designed to absorb the impact of a vehicle that hits head-on.

Critics say the popular device malfunctions, spearing or impaling cars instead. Now, the I-Team reveals what the state of Illinois doesn't know about its own equipment on our roadways.

"I was having a little bit of trouble breathing and I kinda looked and realized a guardrail was piercing my driver's door going out my passenger window," said Tim Benson, car crash survivor.

Tim Benson doesn't remember much about June 9, 2013, other than he was on his way to work, heading north on Route 41 in Park City, Illinois, when his car slammed into this guardrail. The 24-year-old says the metal rail impaled the driver's side of his door, nearly slicing him in half.

"My stomach was cut open, I saw my insides pretty much in my lap," Benson said.

Benson blames his injuries on a device called the ET Plus. A video shows how end terminals are supposed to crumple and absorb impact.

Critics say an allegedly secret design change to the ET Plus makes it more likely to malfunction and "lock up" impaling vehicles.

"Tim Benson was impaled and anybody else who hits one in similar fashion, whether you are the driver or the passenger, this could happen to you," said Steven Lawrence, Benson's attorney.

A federal jury in Texas found Trinity liable for fraud for making a design change without initially telling the Federal Highway Administration. The company plans to appeal.

It says a change to the equipment was inadvertently omitted in a drawing in 2005, but that it notified the Federal Highway Administration of the change which was then approved.

"They changed it to a 4-inch feed channel," said Josh Harman, the key witness in the federal case.

The I-Team met with Harman - a one-time competitor & customer of Trinity - who now travels the country explaining his safety concerns.

"I believe this is the largest safety issue that this nation has ever faced," Harman said.

He claims changes - including shortening a channel in the rail from 5 inches to 4 inches - were made for financial reasons.

ABC7's Chuck Goudie asks: "So are you saying for the sake of 1 inch people are dying?"
Garman: "Yes."

The company denies the financial motive allegation and says it takes the safety of all its products very seriously.

In a statement, Trinity says it has met all tests requested by the Federal Highway Administration and that it "fully stands behind its products...that when properly installed and maintained the ET Plus will perform as designed." 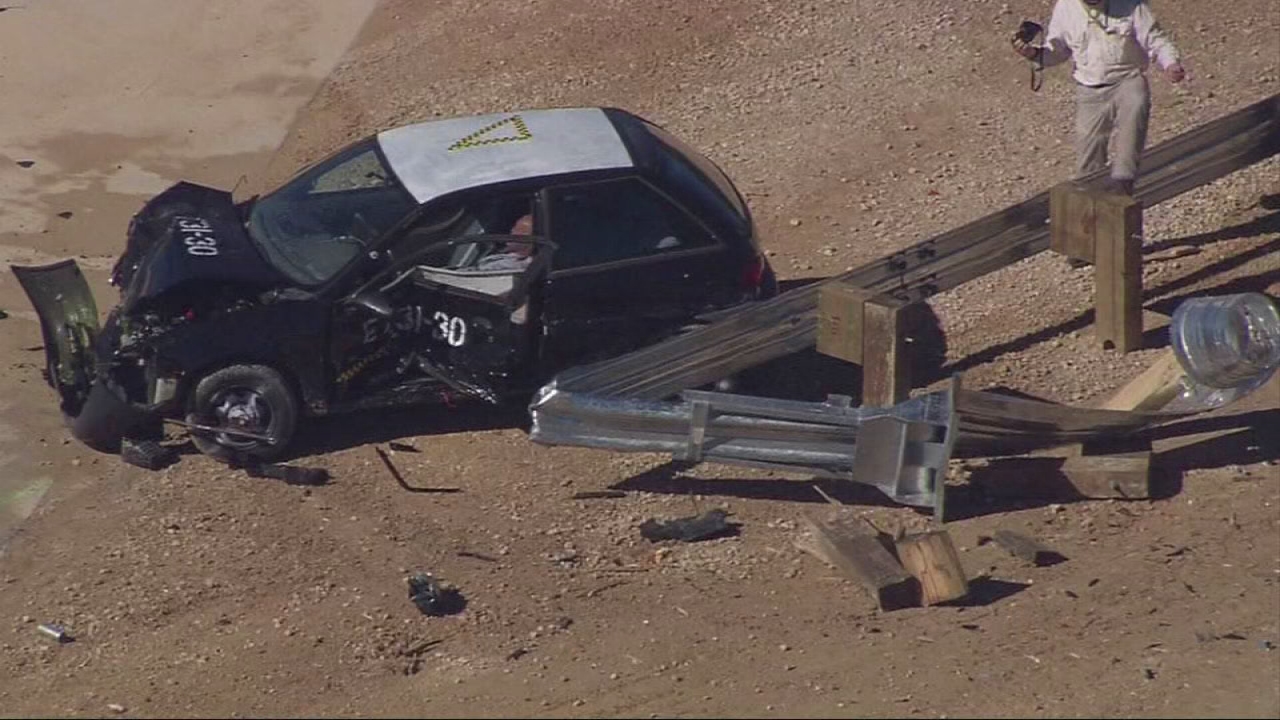 iteam extra
Researchers in San Antonio finished the last in a series of 8 crash tests on the Trinity ET Plus guardrail end terminal earlier this week.
Wrapping up in San Antonio, Texas this week is the last of eight federally mandated re-tests. If the guardrails flunk, the government could stop reimbursing states for buying the devices. States would decide on their own whether to replace the product.

Here in Illinois, that may be difficult. State transportation officials admit they don't even know where the 22,000 questionable guardrails are located. And Illinois isn't alone. Federal officials say some other states also have no clue. But IDOT claims an analysis of guardrail crashes in Illinois found no fatalities or injuries attributable to the ET Plus design change.

"All of these people who have been hurt or killed - they've tested this thing and it's not working," Benson said.

The police report of Tim Benson's accident says he was speeding and that marijuana was found in the car. It also quotes Benson as saying he was getting ready to smoke when he looked down and crashed. He and his attorney say the guardrails are the issue.

"I just want these things to be removed and I don't want someone to have to deal with what I am dealing with and what I will endure the rest of my life," Benson said.

Meanwhile, Illinois and 30 other states have suspended installation of the device until testing is analyzed. Two U.S. senators have told the Federal Highway Administration they have "grave concerns" about the accuracy of those crash tests. 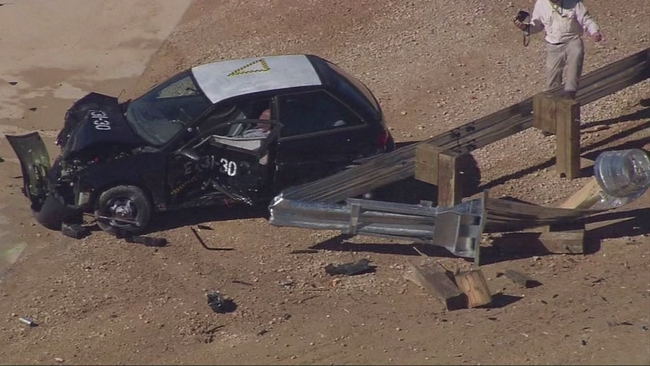