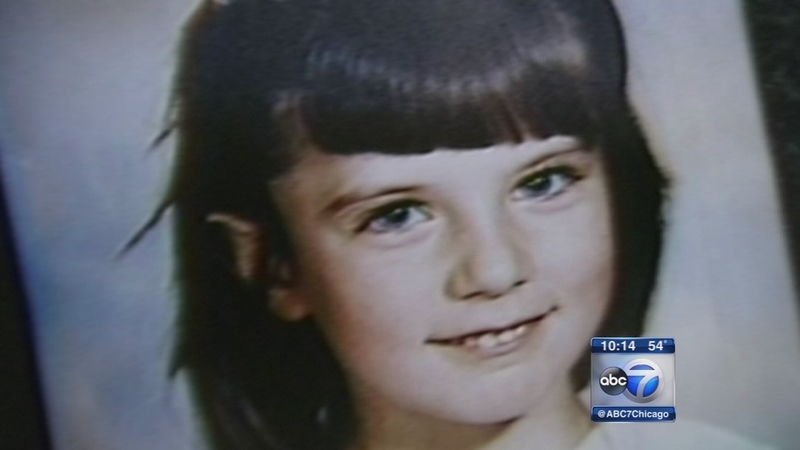 MIDLOTHIAN, Ill. (WLS) -- The I-Team reopens one of Chicagoland's most chilling unsolved crimes: 7-year old Jaclyn Dowaliby, taken as she slept in 1988. Her killer is officially still "gone in the night," but some experts believe the case was solved years ago.

Jaclyn Dowaliby would have turned 35 in May, had she not been taken from her bed and murdered, a case that became nationally prominent in the made-for-TV movie "Gone in the Night." Her mother and stepfather Cynthia and David Dowaliby were arrested and taken to trial, then eventually acquitted. No one else has ever been charged.

The Dowaliby case files are rarely touched at Midlothian Police Headquarters, though her murder is officially unsolved.

Police say there hasn't been a new lead in years but oddly, even with an open murder on the books, Chief Harold Kaufman declined to be interviewed for this report.

"I don't know why the police are not pursuing this case," said Ralph Meczyk, David Dowaliby's former attorney.

"It suggests to me that they think they had it right and that there's nobody and nothing out there that is going to change that conclusion," ABC7 Legal Analyst Gil Soffer said.

In September 1988, someone apparently broke through a basement window and took Jaclyn Dowaliby as she was sleeping. The person carried her past the bedroom where her mother and adoptive father were sleeping and out the front door. A week later her body was found in a Blue Island field, a rope from the family's garage around her neck.

When Dowaliby disappeared, some eyes looked south to Florida where her biological father lived. There was just one problem with that theory: her father Jimmy Guess was in prison at the time.

"With Jaclyn gone, I mean a big, big part of me died. I just been living like a zombie ever since then. I mean it really tore me up, killed me. You know a lot of things didn't matter to me. Still don't," Guess said.

In 1988, with Guess in prison, police attention turned to Jaclyn's mother Cynthia and stepfather David.

"They will take the Fifth Amendment; they are not going to cooperate or communicate with us any further in this investigation," Midlothian police said at the time.

Two months later both were charged and tried together, and the jury was actually taken to the crime scene. But before jurors could decide the case, a Cook County judge acquitted Mrs. Dowaliby for insufficient evidence. Mr. Dowaliby was convicted and sentenced to 45 years. But in 1991, he, too, was released when the Illinois appellate court overturned his conviction also because of insufficient evidence.

"I would ask them why? I mean, number one, why didn't you protect her? As her parents, that's -- how could you not protect a kid?" Guess said.

The I-Team did speak with the attorneys who defended them more than 25 years ago.

"I see this as two innocent people who were put under extraordinary pressures and walked away as free people. Legally, yes, there has been no one found to have been the murderer of Jaclyn Dowaliby," said Larry Hyman, who represented Cynthia.

"I don't think they had a very, very strong case but because it was such an emotionally charged case and all of that publicity, they needed a, they needed a defendant," Meczyk said.

The defense lawyers offered two alternate suspects: Jimmy Guess' mentally ill brother Tim who claimed to have an alibi and child sex offender Perry Hernandez whose modus operandi resembled what happened to Jaclyn Dowaliby. Police ruled out Hernandez as a Dowaliby suspect but he is still in prison for an unrelated case.

Even if new evidence surfaced further implicating Cynthia and David Dowaliby, they couldn't be tried under the double jeopardy clause of the constitution.

"No matter how you look at it, that's the outcome barring something really unexpected, because you either had the right people in the first place and they ultimately got off or you had the wrong people uh, but there are no other leads but either way whoever committed that murder is free," Soffer said.

David and Cynthia Dowaliby now live 40 miles away from where the murder happened, now using a different last name.

On numerous occasions in April, the I-team asked both of them to discuss the unsolved murder of their daughter, with an eye toward generating possible new leads from the public. They didn't respond.