Man, 71, shot to death in South Side home 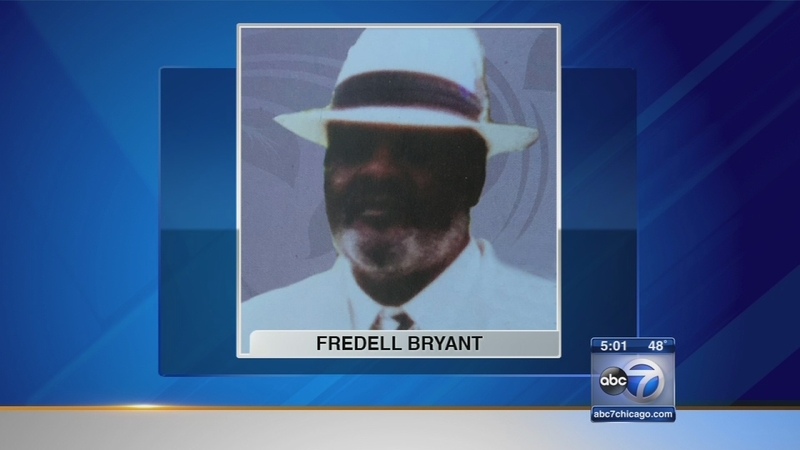 Man, 71, shot to death in South Side home

CHICAGO (WLS) -- At least two people are dead and 20 others injured during another violent weekend heading toward Christmas in Chicago.

Among the dead was 71-year-old Fredell Bryant who was shot in the chest as he answered his door around 6 a.m. Sunday on the 5200-block of South Green Street in Chicago's Back of the Yards neighborhood.

Detectives continue to look for the person responsible for gunning down Bryant, as the neighborhood and his family wonder why the well-liked grandfather was attacked.

Hancock struggles to understand the violence that claimed her father's life.

"Freddy was a good man," said family friend Stephanie Baker. "He helped everybody. It's didn't matter who you were, your nationality, whatever. This is so sad."

Police say the attack happened at the home the grandfather shared with at least two of his nine adult children and several of their children.

Relatives say the retired construction worker heard a knock at the door and as Bryant answered it, a gunman standing on the porch opened fire, hitting him twice in the chest.

"You can't even be in your own house," said Barbara Fuller, Bryant's sister-in-law. "He worked all his life to live in his own house. They woke up a 70-something-year-old man out of his sleep and shot him through the door. What type of people do this to anybody?"

The widower who lost his wife of 37 years was rushed to an area hospital where he later died.

Family members say there is no way that Bryant could have been the intended target because he stayed to himself and was a respected member of the community who had lived on the same south side block for 40 years.

Officers at the scene did not give a motive for the crime and continue to investigate. This as a grieving daughter makes a plea to anyone who can help bring her father's killer to justice.

"That would help ease the pain, but it won't bring him back and I'm going to miss him so much," Hancock said.

The investigation into Bryant's death is ongoing, but police have nobody in custody and no arrests have been made.