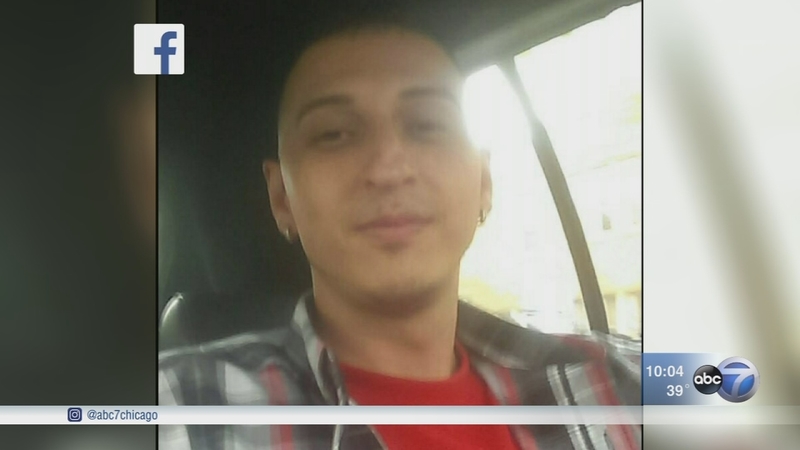 Family identified the victim as Jose Nieves, 38. He was taken to Illinois Masonic Hospital where he was pronounced dead, police said. Police said Nieves was not armed

The off-duty officer has only been identified as a 57-year-old veteran of the mass transit unit. He has been moved to desk duty for the duration of the investigation into the shooting.

Family said Nieves worked security at a local bar and was with his girlfriend when the confrontation took place. Family and friends said the off-duty officer had lived in the same buildings as Nieves, and they had had several previous encounters.

This was the second police-involved shooting that took place in Chicago in two days.

"I have a lot of, lot more questions than I do answers at this time. So I came out because I wanted to make sure this investigation was done properly," Johnson said.
Related topics:
hermosachicagopolice involved shootingchicago police department
Copyright © 2021 WLS-TV. All Rights Reserved.
TOP STORIES
FOP pres. posts video after ordered not to talk about vaccine mandate
Man, 55, shot in Wicker Park amid robbery attempt near 6 corners
COVID tops cause of death for police for past 2 years
2 CPD officers, woman injured in hit-and-run in Austin
Gunman shoots 3 Texas deputies from behind, killing one: police
Booster shots outpacing new COVID-19 vaccinations in Indiana
Chicago Sky take 2-1 lead over Phoenix Mercury in WNBA Finals
Show More
Mom delivers 14 lb. baby after suffering 19 miscarriages
Shooting death of 15-year-old in Brainerd ruled a homicide
IN kids mistakenly get COVID vaccine instead of flu shot: parents
Chicago's 'must stop' Mexican restaurant is more than tacos
New Chicago postmaster defends changes to mail delivery
More TOP STORIES News