The Illinois Commerce Commission voted earlier this month to close the crossing at Walter Strawn Drive, an entrance to Elwood International Port that almost 8,000 trucks utilize per day.

"Until this morning at 6 a.m. this was the most dangerous railroad crossing in the state of Illinois," said Chief Fred Hayes of Elwood.

The Illinois Commerce Commission ordered the road closed after several near misses between trains and trucks.

In 2013, a loaded passenger train was barely able to stop to avoid hitting several trucks that were stopped on the tracks. That incident motivated several groups to find alternatives.

"I think ICC, IDOT and everyone in Elwood has made the right decision to shut this down before a tragic accident happened," said Dennis O'Connor, an Elwood resident.

While safety is a concern for Centerpoint Intermodal Center, those speaking on behalf of the development argued against closing the road before more traffic study was done.

Bob Barranco is the vice president of Barr Freight System. His trucks pick up the containers from the port and distribute the items throughout the Midwest. But he says some of the overweight ocean containers are not permitted in the current alternate routes into the Port.

"All of the stuff that comes here is going some place else and those places need this material," Barranco said. "Until it comes here for us to strip out of these containers, it can't leave the railroads."

While Elwood's director of Engineering and Public Works says the overweight loads are permitted on nearby Arensal Road, other jurisdictions are involved and Barranco is waiting for more clarity before taking out those overseas shipments. 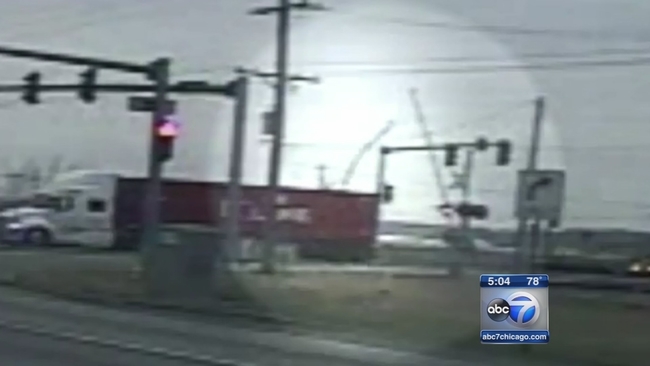