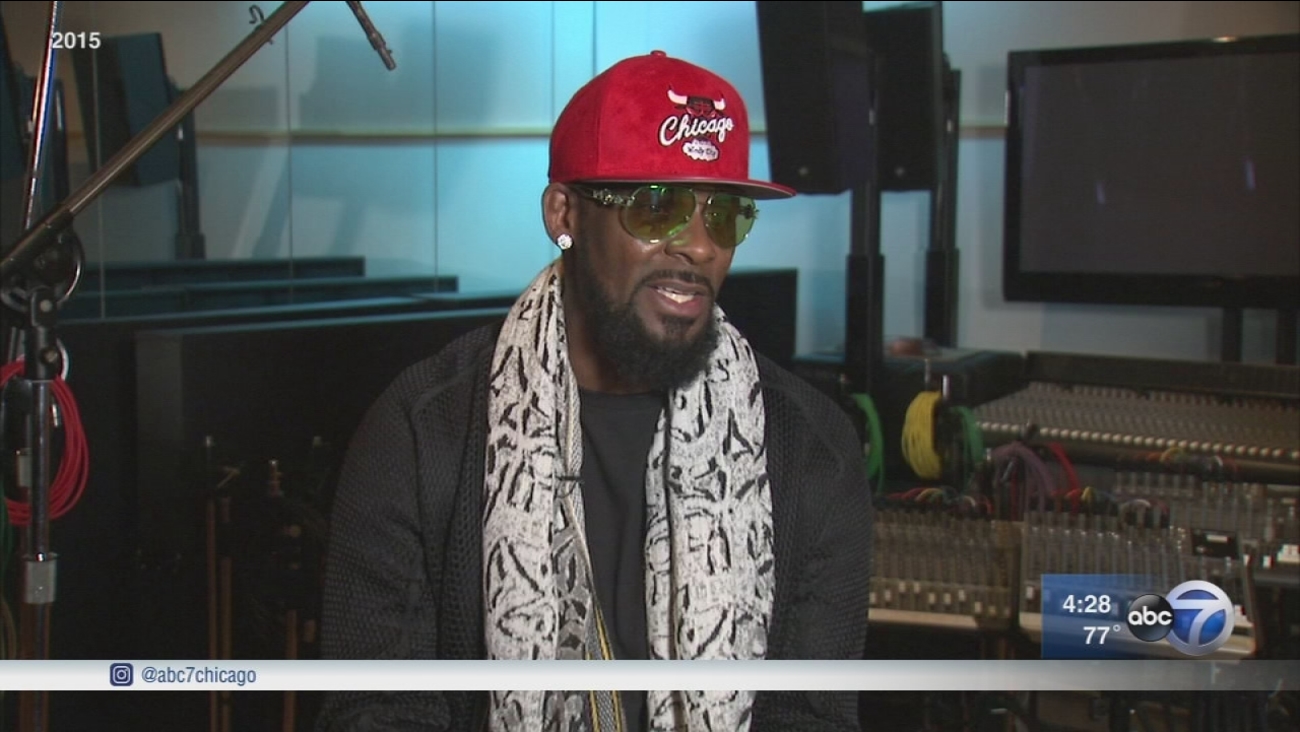 The parents of several women are accusing singer R. Kelly of holding women against their will, according to a report from BuzzFeed. (WLS)

A couple who claim their daughter is having a sexual relationship with R. Kelly, and that she is being manipulated by him into cutting off contact with the outside world, have responded to a video of her denying she's being held by the Grammy-award winning singer.

On Monday night, TMZ published a video of Joycelyn Savage, 21, speaking out on allegations that she is part of a "cult" of women currently being "controlled" by Kelly.

"I'm not being brainwashed or anything like that," Savage said in the video. "It's just came to a point where it definitely has got out of hand, so, you know, I just want everybody to know -- my parents and everybody in the world -- that I'm totally fine. I'm happy where I'm at and everything is OK with me."

Savage made her comments in the wake of an explosive BuzzFeed article published Monday.

Her parents were among a group of people cited in the article claiming that their daughters are a part of an entourage of at least six women attached to Kelly, whose real name is Robert Kelly. The other women in the BuzzFeed article who are said to be part of his entourage have not been identified, but their ages are given in the article as 31, 26, 25, 19 and 18.

The women, the article says, "live with Kelly," and he calls them his "babies." The article also says that the women "are required to call him 'Daddy' and must ask his permission to leave the Chicago recording studio or their assigned rooms in the 'guest house' Kelly rents near his own rented mansion in suburban Atlanta."

The story quotes a woman it says is a former personal assistant of Kelly's who says that Kelly, 50, "is a puppet master" and that he has been involved romantically with the women.

"Mr. Robert Kelly is both alarmed and disturbed at the recent revelations attributed to him," the statement said. "Mr. Kelly unequivocally denies such allegations and will work diligently and forcibly to pursue his accusers and clear his name."

Speaking to CNN Tuesday, Timothy and Jonjelyn Savage said they believe their daughter was "coached" into denying there is anything wrong.

"You can see it," Mr. Savage said. "It looks like one of those hostage videos."

He reiterated that he believes his daughter is being held against her will and "doesn't know what to say."

The parents said their daughter told the truth in the video when she said she's only spoken off and on with them in the past five to six months.

Mrs. Savage agreed with her husband and said she does not believe her daughter was speaking freely.

"She was clearly being coached, you can see the hand gestures," Mrs. Savage said.

The BuzzFeed article also contains accusations of possible abusive behavior by Kelly towards the women.

In December, at the behest of Joycelyn's parents, the Johns Creek Police Department conducted a welfare check at an Atlanta home that Joycelyn's parents believed to be the place their daughter was living, which they understood to be rented by Kelly.

According to a police report obtained by CNN, the parents told police they had not seen their daughter for three weeks and that it had been five days since they had been in communication with her via text.

The police report noted that the door was open, the house was clear and no one was there.

Kelly has not been charged with any crimes. All of the women discussed in the BuzzFeed article are above the age of consent.

One of the women quoted in the article, Asante McGee, joined the Savages Monday at a press conference in Atlanta.

She said she was part of Kelly's inner circle for three years, and that during that time she saw and participated in acts she did not agree with, though she did not specify what the acts were.

"He really manipulates your mind because of who he is and his fame," said McGee, who claimed to have at one point lived with Kelly at a house not far from where Savage was supposedly staying. "These girls... have been in so long -- that they will need help. Because of the things he puts in your head."

This is only the latest controversy involving Kelly and young women, some of which have been made public for the first time by Jim DeRogatis, the reporter who also wrote the BuzzFeed story.

According to a Chicago Sun-Times article co-written by DeRogatis, the singer was 27 years old in 1994 when he married his 15-year-old protegee, singer Aaliyah.

The marriage was annulled after Aaliyah's family became aware of it, according to the Sun-Times.

Two years later Tiffany Hawkins filed suit against him, as well as his record, publishing and management companies, claiming personal injuries and emotional damage arising from what she alleged was a sexual relationship she had with Kelly, which she said began when she was 15 and ended when she was 18.

That case was settled out of court. So was a suit brought in 2001 by former Epic Records intern Tracy Sampson, who claimed she began a sexual relationship with the singer when she was 17.

Kelly was not charged criminally in either case.

In 2002 Kelly was charged with 21 counts of child pornography related to his allegedly videotaping himself having sex with an unidentified underage girl. The case went to trial in 2008, by which point he was facing only 14 counts. He was acquitted on all charges.

On Tuesday Kelly tweeted a motivational photo from his official account which read "Don't let yesterday take up too much of your today."

"You have work to do and purpose to live," the tweet said. "Make it count."

CNN has reached out to his attorney for further comment regarding the parents' allegations that the daughter is being coached or pressured, but had not heard back as of the time of publication.