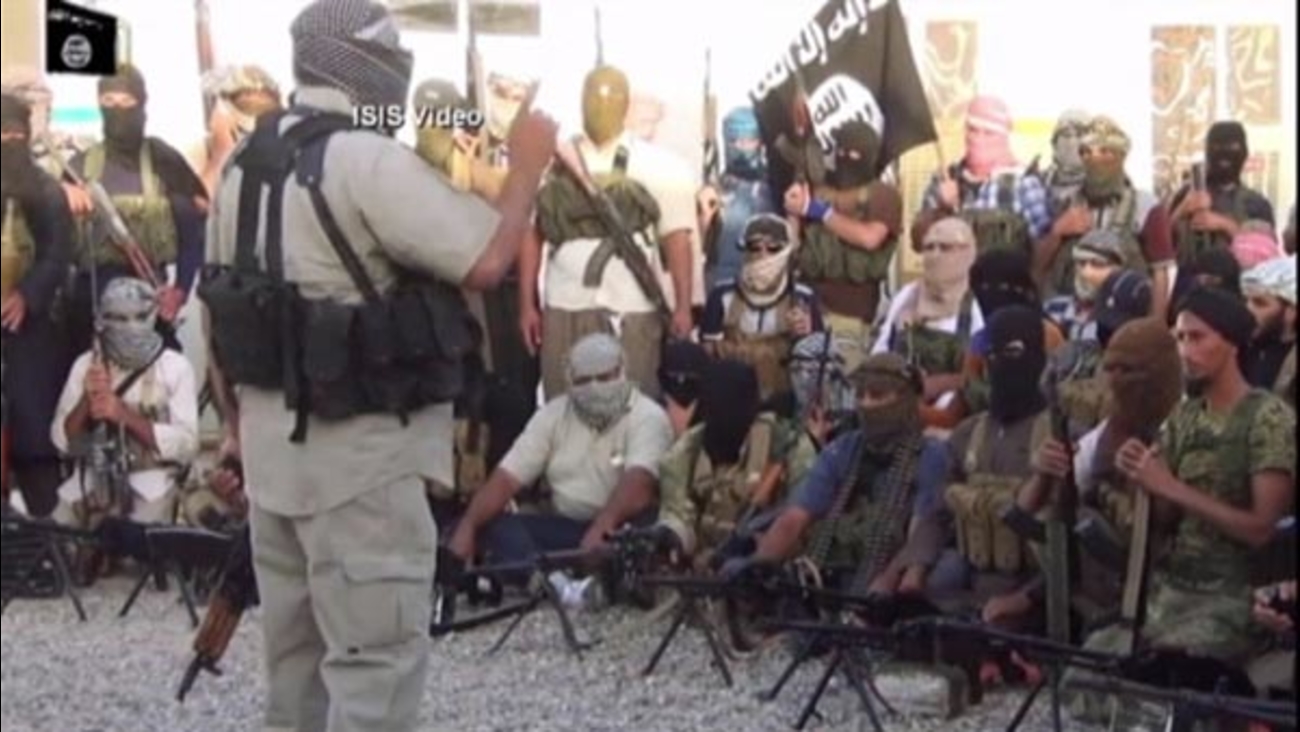 Members of the Islamic State group as seen in a video they released.

WASHINGTON D.C. (WLS) -- The United States military, along with partner nations, has begun airstrikes against the Islamic State in Syria on Monday, the Pentagon confirmed Monday night.

"I can confirm that U.S. military and partner nation forces are undertaking military action against ISIL terrorists in Syria using a mix of fighter, bomber and Tomahawk Land Attack Missiles," Kirby said. "Given that these operations are ongoing, we are not in a position to provide additional details at this time. The decision to conduct theses strikes was made earlier today by the U.S. Central Command commander under authorization granted him by the commander in chief. We will provide more details later as operationally appropriate."

A U.S. official told ABC that up to 20 different locations have been targeted.

The strikes are part of the expanded military campaign that President Barack Obama's authorized nearly two weeks ago in order to disrupt and destroy the Islamic State militants, who have slaughtered thousands of people, beheaded Westerners, including two American journalists, and captured a large swath of territory stretching from within Syria to land across northern and Western Iraq.