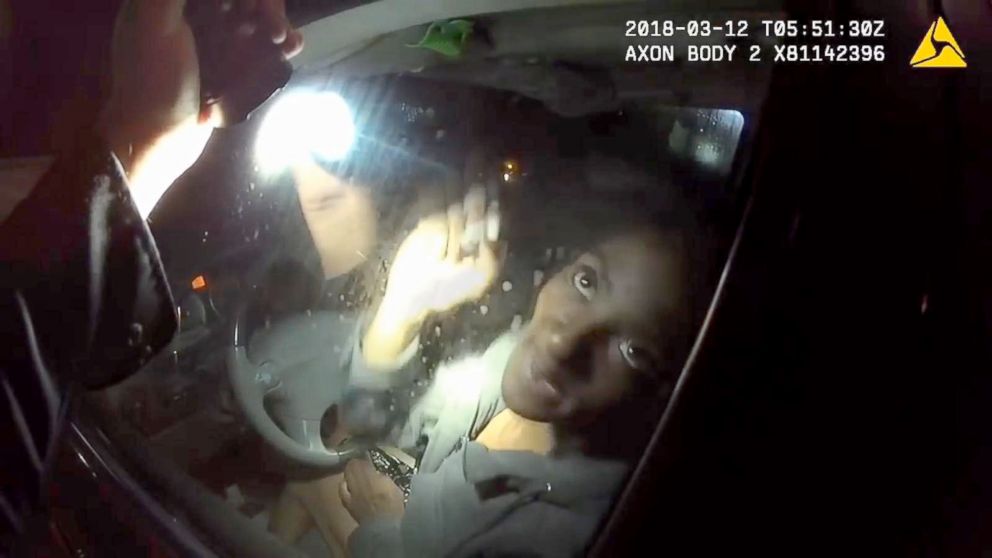 Police said on Twitter they had released more than 30 hours of video and posted a pared-down 21-minute version on YouTube that includes several minutes of intro from Elgin Police Chief Jeff Swoboda.

"This video summarizes the events that occurred on March 12, 2018," the YouTube post says. "Please be warned that the content is graphic and may be disturbing to some viewers."

Clements was killed by an Elgin police officer on the side of a busy highway in the overnight hours.

In the edited video, Clements can be seen speeding as police squad cars attempt to pull over the vehicle. Clements doesn't stop and when officers finally catch up with her, she's pulled over on the shoulder on a busy stretch of I-90.

The driver's side window is up. Clements can be seen in the driver's seat, smoking, and appears to be reaching for something, again ignoring officers commands and yelling at the officers.

Officers shut down traffic in both directions, and tried for one hour to negotiate with Clements and get her out of the car.

Throughout that hour, in the shortened video, Clements continues to put the vehicle in drive and slowly move it. That's when officers decide to pin her vehicle between two squad cars.

Clements can then be seen igniting something, and tossing it into the backseat, setting the car on fire.

The car fills with smoke and officers are unable to see clearly what is happening inside the vehicle.

With the car smoldering, officers again repeatedly ask Clements to get out of the vehicle.

With flames now coming out of the vehicle, Clements opens the drivers side door, and starts to exit with an object in hand.

Officers can be heard yelling at her to drop the knife. A split-second later she is fired upon and killed.

Police say the edited clip they released is based on more than 30 hours of video and more than two dozen video clips.

Swoboda said investigators recovered two knives and that Clements had a knife in each hand.

The Illinois State Police is investigating the shooting.

Attorneys for the Clements family said in a statement reported by the Elgin Courier-News that lethal force was unnecessary.

"This situation did not have to escalate to such a degree that cost a young woman her life. As we move forward with this lawsuit, those responsible for Decynthia's death must be held accountable," attorneys Antonio Romanucci and Andrew Stroth said in their statement.
Report a correction or typo
Related topics:
abc newsnational
Copyright © 2020 ABC News Internet Ventures.
More Videos
From CNN Newsource affiliates
TOP STORIES