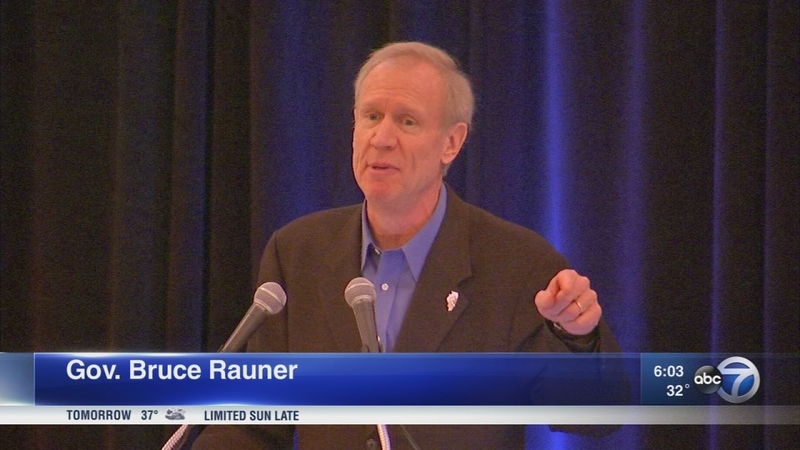 Gov. Bruce Rauner called on Democratic lawmakers Monday to drop their lawsuit to reclaim their paychecks. The Illinois comptroller said pay would be withheld until lawmakers passed a new budget.

As the state budget impasse continues, Rauner used that lawsuit to speed up lawmaker paychecks to take new political shots at his Democratic opponents.

"This lawsuit is an insult to taxpayers," Rauner said.

The governor told the Illinois Farm Bureau Convention that the lawsuit to force the comptroller's office to restore priority to lawmakers paychecks was orchestrated by Democratic party leaders.

He questioned the timing of the legal action, which was filed late last week against outgoing Republican Comptroller Leslie Munger.

"They waited until her last day because they don't want her fighting it because she'll fight it and stop it," Rauner said. "She said you don't do a budget, you oughtn't be paid, your pay should be at the bottom of the schedule."

Lawmakers who filed the lawsuit said it's not so much about them getting paid as it is about the separation of powers under the state constitution. They said it's bad precedent for the executive branch of government having power over the legislative branch.

"I hope my former colleagues in the Legislature will understand my decision to continue to prioritize the most vulnerable people in our state over payments to legislators unless a court instructs me to do otherwise," Mendoza said.

Rauner wondered how intently Mendoza would fight the lawsuit, noting that Mike Kasper, an attorney connected to Democratic party leader and House Speaker Mike Madigan will argue the lawmaker case in court.

"It's a rigged deal," Rauner said.

Rauner demanded the legal action be withdrawn given the state's worsening fiscal crisis: