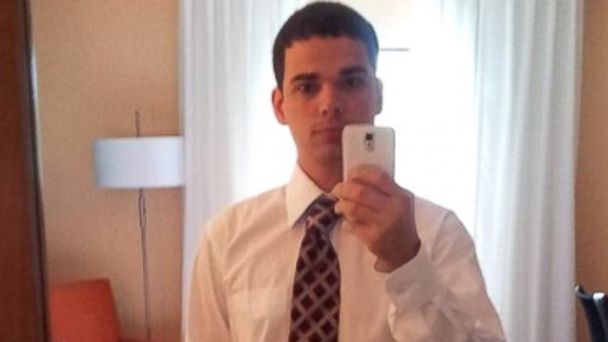 -- A former Navy sailor pleaded guilty today to charges related to leading a hacking ring while serving aboard an American aircraft carrier.

Nicholas Knight, who investigators say referred to himself as a "nuclear black hat hacker" in a possible reference to the nuclear-powered USS Harry S. Truman on which he served, was identified by prosecutors as the ringleader of a group calling themselves Team Digi7al.

The group attacked not only high-profile U.S. government websites - including the website for the National Geo-Spatial Intelligence Agency (NGA), a Department of Homeland Security site and a U.S. Navy site - but seemingly random targets including the websites of the Library of Congress, Harvard University, the World Health Organization, San Jose State University and Kawasaki, according to court documents. After the attacks, the group would publicize and brag about their accomplishments on Twitter. Classified information is not generally accessible through the websites of government agencies - the NGA, for example, said the hacking in no way compromised its mission - but the group did manage to steal personal, confidential information held in unclassified web databases.

Knight downplayed the seriousness of the incidents in his first media interview with ABC News earlier this month, claiming that while he did do some hacking, he really was just posting the results others' work online.

"Essentially, I am in trouble for posting all of the stuff on Twitter," Knight said by email. "Although a lot of people are saying I was the leader of some crime organization that was out to get people, which wasn't true. [We were] just a group of people that were dumb and did dumb things."

Though Knight was aboard the Truman while allegedly "conduct[ing] unlawful Team Digi7al activities on the Navy's computer network," he was not accused of hacking into any of his ship's systems. The rest of Team Digi7al do not appear to be military members - three of them joined the group as minors, court documents said. Another was a community college student in the Midwest. Knight noted that he was not accused of hacking any government or military websites.

Knight's home was raided in February 2013 and the court filings said he agreed to cooperate with authorities. He was never arrested.

"I did something dumb and am willing to suffer the consequences," Knight told ABC News previously.

In a plea agreement filed today, Knight admitted to the allegations against him - including identifying himself as Team Digi7al's "primary publicist" -- and pleaded guilty to a single count of conspiracy.

"It was essentially bored kids that have computer skills doing things they shouldn't have been doing," Monroe told ABC News. "He [Knight] has accepted responsibility for what he did and he's willing to face the consequences. He's just hoping for leniency from the court."

A co-defendant, the community college student identified as Daniel Krueger, also pleaded guilty to conspiracy. He was described in court documents as the hacking group's "primary technical hacker."

Prosecutor Ryan Sounders told ABC News that sentencing guidelines had not yet been determined. Court documents show the maximum prison sentence the pair faces to be five years. Monroe said sentencing is scheduled for August.