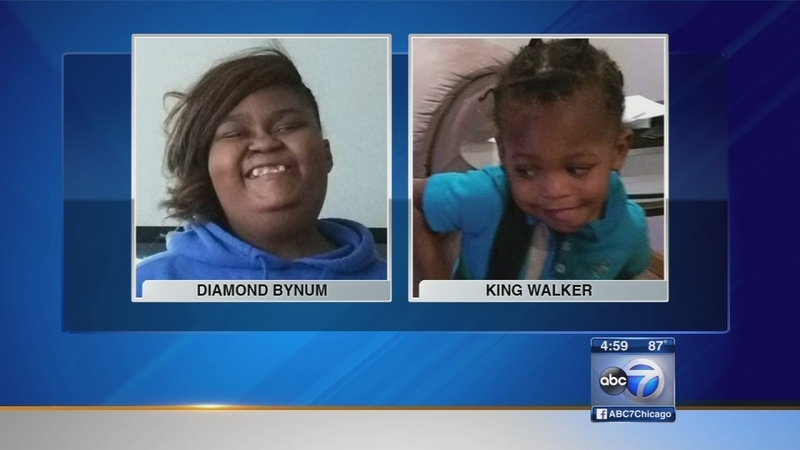 Search continues for missing woman with special needs in Gary

GARY, Ind. (WLS) -- A desperate search continues in northwest Indiana for a missing woman with special needs and her 2-year-old nephew.

There is hope they will be found after 21-year-old Diamond Bynum and 2-year-old King Walker disappeared Saturday from a home in Gary. Relatives say the woman has the mental capacity of a young child and is in need of medication.

There have been several sightings of them, so police and relatives are confident that they are safe.

Bynum has Prader-Willi syndrome and is said to think at the level of a 5- to 7-year-old.

"She takes meds three times a day which helps her focus," said Eugene Bynum, the missing woman's father. "She can't survive on her own."

Diamond Bynum's step-mother, Susanne Bynum, says she was babysitting King and had just put him down for a nap. Then took one herself.

"I just don't know how they got past me," she said. "He was cranky and tired. He'd had a fever seizure a couple of weeks ago and I put him down. We're just worried."

Police have been canvassing the city, talking to residents and putting up fliers with Bynum and King's pictures. So far, investigators believe both aunt and nephew are safe and together.

There have been several sightings, including at a McDonald's near the police department, where employees gave them some food.

"We know she stopped there and we're thinking she'll stop at other fast food restaurants where they'll give her hand outs or gas stations where she may be able to get some stuff," said Lt. Thomas Pawlak, Gary Police Department.

Relatives say Bynum, who is 4-8 and weighs about 230 pounds walks with a limp. Her disorder, they say, causes overeating. They are begging anyone she might approach for food to please just call police.

"I'm just trying to pray, hoping they find them soon," said Ariana Walker, King's mother. "Right now I feel they're okay, they're just lost and I don't want it to lead to nothing else.

The family is also asking people not to just call police if they come upon the pair, but also keep them in that location until help can arrive. 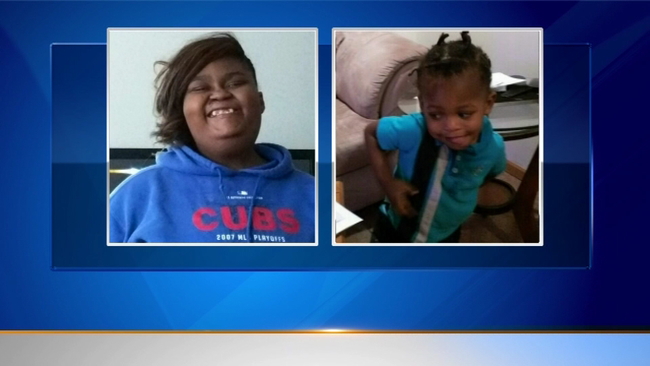