KGO
ALAMEDA COUNTY, Calif. -- A man arrested for allegedly molesting an 8-year-old girl at a 99 Cents Only Store near Hayward is a registered sex offender who committed an identical crime five years ago.

The suspect, 33-year-old Carlyle Villazon, was arrested at his job in Union City on Wednesday night. He's a registered sex offender out on parole who wears an ankle monitoring bracelet.

An Oakland police sergeant checked the state database and found that Villazon lives near the store where the 8-year-old girl was molested Sunday afternoon. Investigators say a man touched the girl inappropriately in the aisle of the toy section.


Sgt. J.D. Nelson, with the Alameda County Sheriff's Department, says they were able to connect Villazon to that sexual assault.

"He had an ankle bracelet, which put him in and about the 99 Cents Store at the exact time that the crime occurred," Nelson said. "With that ankle bracelet putting him in the store, with the video that we have from the store, with some other things that we're working on, we're pretty confident it's him."

Images from a security camera show a man, whom investigators say is Villazon, walking out of the store after the incident. 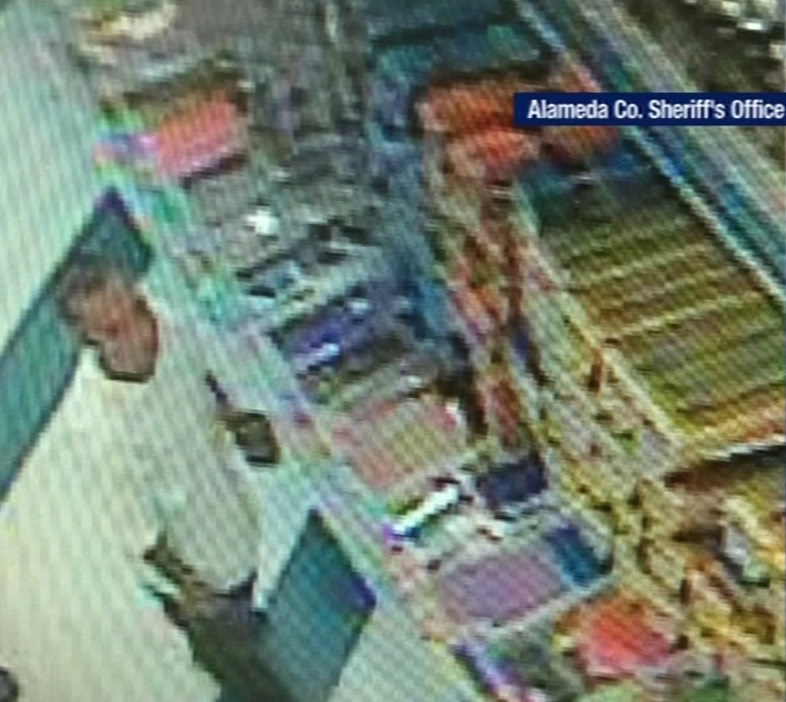 Authorities say surveillance video shows 33-year-old Carlyle Villazon in a 99 Cents Only store near Hayward after molesting an 8-year-old girl on Feb. 1, 2015.

As they dug deeper, they found that he went to prison for committing an identical crime five years ago at the San Leandro Walmart store.

"He was in the toy aisle, he grabbed an 8-year-old girl, put his hands down her pants, she ran and told her mother, and as he was running out the store at Walmart in San Leandro he was was tackled by a Good Samaritan," Nelson said.

Villazon did 44 months for that crime.

Good Samaritan Dino Rinetti will never forget the suspect's face. He cornered Villazon at the Walmart until police arrived. Rinetti had no idea Villazon had been released from prison and he's angry about it. He told ABC7 News, "They don't just do it one time. They're animals. They prey on the weak and that's what he does."

Villazon became a registered sex offender after his 2010 arrest.

Shoppers at the 99 Cents Only Store were relieved at news of the arrest.

"I'm glad they caught him and I hope that he will serve some time in jail," said 99 Cents Only shopper Jim Fanous.

Fellow shopper Dakota Winters added, "I don't care how old your child is, do not have those babies in these aisles by themselves."