Trump Calls SNL's Parody of Him a 'Hit Job' 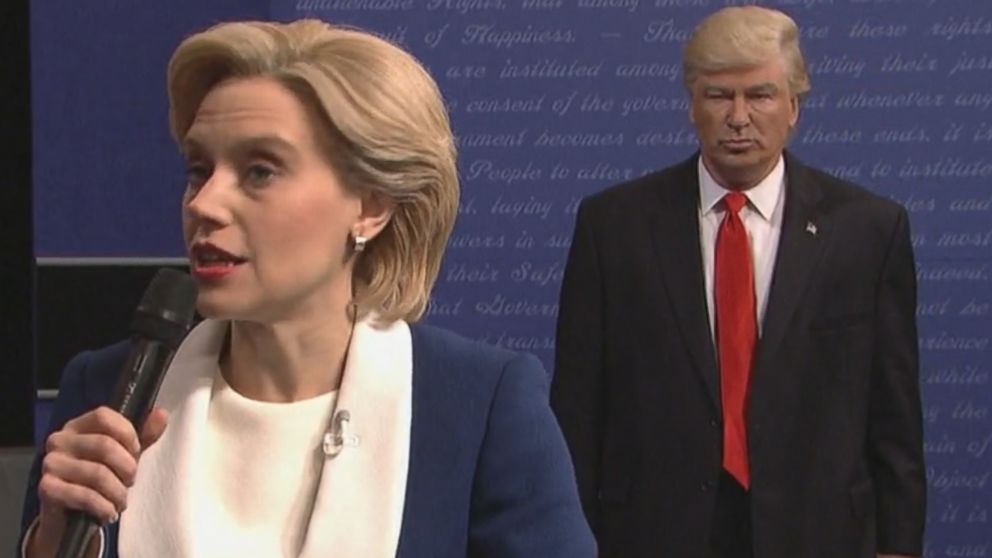 Donald Trump apparently didn't like Alec Baldwin's portrayal of him on "Saturday Night Live" and called the comedy show's parody of the second presidential debate a "hit job."

Last night's episode poked fun at both candidates' performance in the presidential debate, including the absence of a handshake between Trump and Hillary Clinton at the start of the debate, his hovering behind her as she spoke and the emergence of undecided voter Ken Bone as an internet star.

The debate sketch began with the Baldwin's Trump and McKinnon's Clinton walking onto the stage, circling each other like wary fighters and not shaking heads.

Then in a nod to Clinton's oh-so-casual demeanor, she said, "Thank you for having me. I'd like to begin tonight with a casual lean." As she leaned awkwardly into her chair, she said, "Got it!" In another nod to Clinton's smoothness, later in the sketch, while walking to an undecided voter in the audience, McKinnon's Clinton said, "Let me start by walking over to you just as I practiced."

In the sketch, Baldwin's Trump loomed behind McKinnon's Clinton, similar to how Trump did during the debate. (While on "The Ellen DeGeneres Show" last week, Clinton said Trump was "stalking" her onstage.)

And Moynihan's Bone broke out into a dance move, to the delight of the audience.

At the end of the sketch, the fictional presidential candidates came together for the show's signature greeting, "Live from New York, it's Saturday night!"