Trump Defends Travel Ban: 'This Is About Terror and Keeping Our Country Safe' 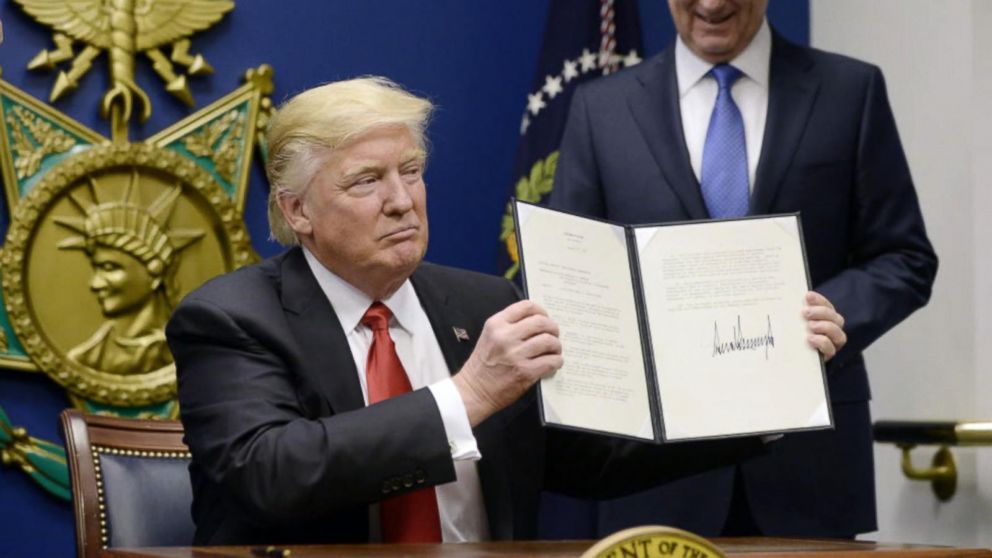 ABCNews
By PAUL BLAKE
As nationwide protests against his executive order for "extreme vetting" of people coming to the U.S. from seven predominantly Muslim countries spilled into a second day, President Donald Trump today defended the move, saying it "is not about religion," but "about terror and keeping our country safe."

"To be clear, this is not a Muslim ban, as the media is falsely reporting," the president said in reference to the order, which bars people from seven Muslim-dominated countries from entering the U.S. for 90 days.

"There are over 40 different countries worldwide that are majority Muslim that are not affected by this order," he said. He blamed the media for "falsely reporting" the details of the executive order he signed on Friday.

Trump related his policy, which has resulted in massive protests in airports and public spaces across the country, to a policy enacted by former President Obama in 2011 that suspended the processing of visas for Iraqi refugees for six months.

"My policy is similar to what President Obama did in 2011 when he banned visas for refugees from Iraq for six months," Trump said.

However, Trump's executive order bars anyone, not just refugees, from Iraq, Iran, Syria, Libya, Somalia, Sudan or Yemen from entering the U.S. for 90 days -- even if they possess valid visas that would have previously allowed them to do so. The order also calls for the complete suspension of Syrian refugees for an undefined period.