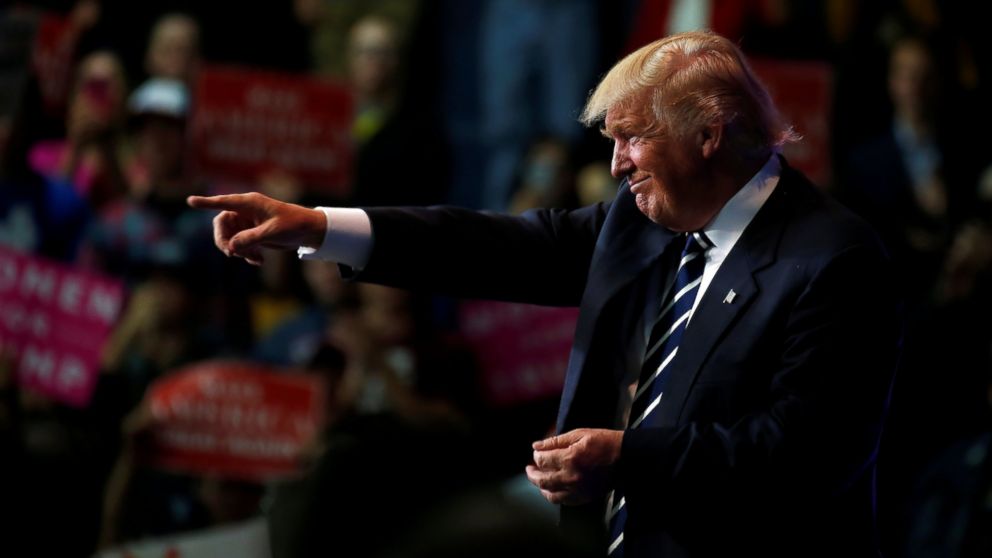 Donald Trump continued his push to secure support from Hillary Clinton supporters on Tuesday - telling early voters that they may change their votes if they have "buyer's remorse."

"This is a message for any Democratic voters who have already cast their ballots for Hillary Clinton and who are having a bad case of buyer's remorse," he told rallygoers in Eau Claire, Wisconsin. "In other words, you want to change your vote."

Trump's pitch comes just days after the FBI dropped a bombshell late last week that a batch of newly discovered emails was being reviewed in connection to a previously closed probe of Clinton's use of a private email server while she was secretary of state. Sources tell ABC News that despite calls from Clinton, top Democrats and some Republican leaders, the FBI is unlikely to release more information on the scope of the investigation until after Election Day.

With seven days left to go until America votes, Trump's pitch to early voters for a redo appears to be a Hail Mary play. The Republican nominee has been hitting the Clinton email investigation hard, as well as possibly damaging emails disclosed by WikiLeaks from Clinton's campaign chairman, John Podesta.

In Wisconsin, voters have a right to three ballots. If they voted early or absentee, they may cancel their ballot if they think they made the wrong choice. Other states, like Pennsylvania and Michigan, have similar rules that allow for changes to be made. Minnesota also allows changes, but the deadline, one week before Election Day, has now passed.

In Wisconsin, Trump was joined by Republican National Committee Chairman Reince Priebus and state leaders like Gov. Scott Walker and Sen. Ron Johnson. Johnson has been in a tough re-election battle against the incumbent he beat six years ago, Russ Feingold.