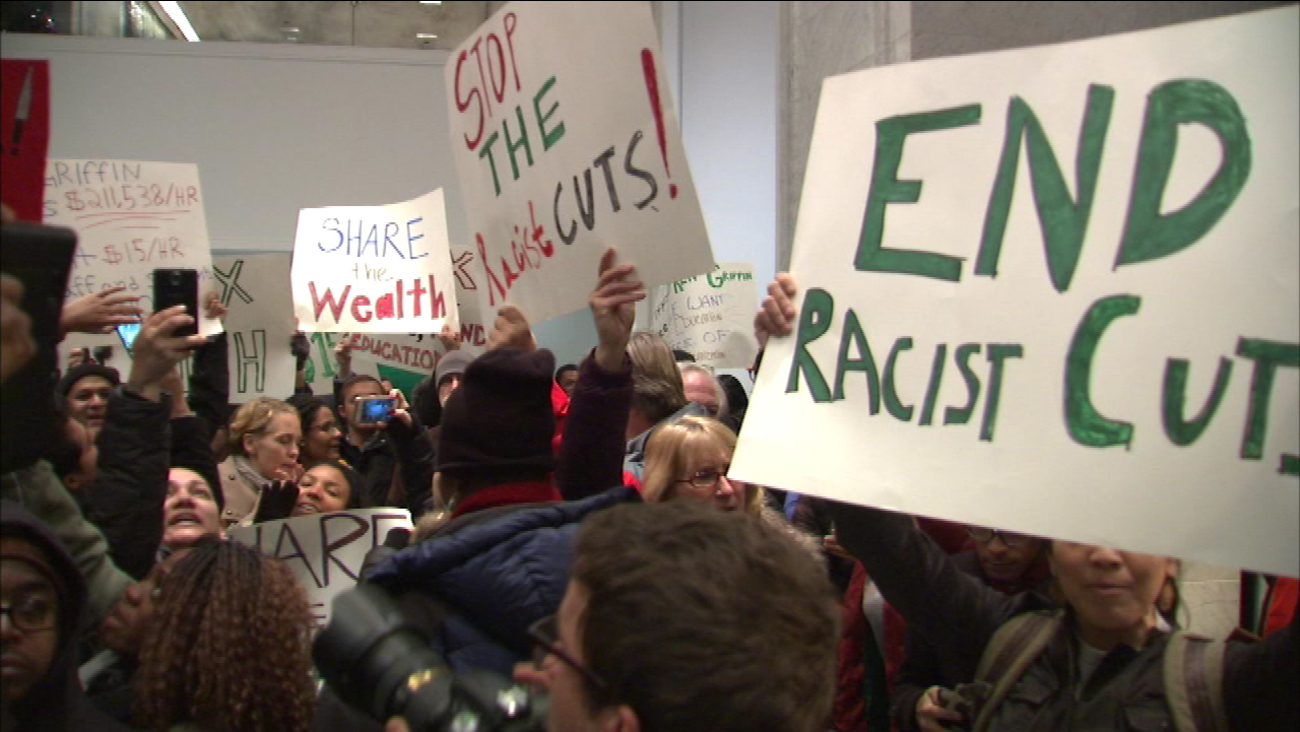 CHICAGO (WLS) -- Hundreds of students rallied at the Waldorf Astoria where billionaire Ken Griffin lives, calling for an end to our state's budget crisis.