Surrounded by Jews, Muslims and fellow Christians, Dr. Hawkins held back little the day after Wheaton College announced it was officially moving to fire her over a social media in which she said Christians and Muslims worship the same god. The college said her comment goes against its evangelical statement of faith.

"Wheaton College cannot intimidate me into cowering in fear of the 'enemy of the month' as defined by real estate moguls, senators from Texas, bigots and fundamentalists of all stripes," Hawkins said.

In December, the associate professor began wearing a hijab as a show of support for Muslims. Wheaton College administrators said the head scarf is not the problem, but her Facebook post was, "I stand in religious solidarity with Muslims because they, like me, a Christian, are people of the book."

College administrators say those statements contradict the school's Statement of Faith, which students and faculty are required to sign. Hawkins said she met with administrators several times after the Facebook posting and provided statements explaining her beliefs, which she believes line up with the college's mission.

She said she was told further discussions weren't required, but college officials then changed their requirements and said she would have to participate in two years of ongoing conversations during which time her tenure would be revoked. She said university officials advised her to get an attorney, and the next communication was the notice of termination proceedings.

"The rules changing, the goal post keeps moving. And I said, 'I have dignity, I've answered your questions and my statement stands,'" she said Wednesday.

"I feel ashamed," Wheaton College graduate Clara Kent said. "We come to a liberal arts college to learn how to think and learn how to learn."

Dozens of people from different faiths gathered Wednesday to show their support of Hawkins, who has been on administrative leave since last month over the social media post.

"That to me did not cause me to wonder whether she was diluting the message of Christianity; but rather it taught that this what Jesus was about," Ahmed Rehab, Council on American Islamic Relations, said.

The Rev. Jesse Jackson spoke on her behalf, comparing her to Rosa Parks.

"They did not give me Jesus and they can't take him away from me!" she said. 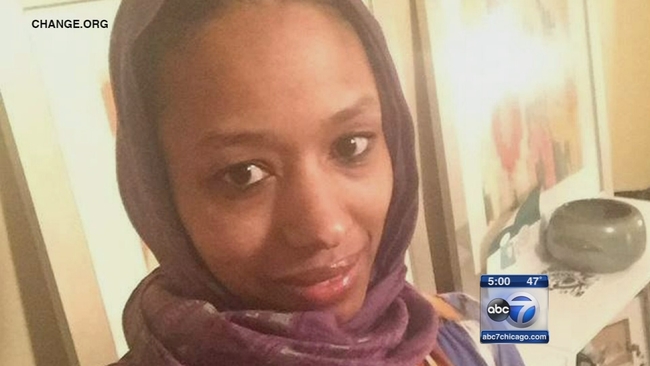