WLS
STREATOR, Ill. (WLS) --
Ethel Davison, 82, was killed in an explosion that leveled a home on the 300-block of Court Street in Streator overnight, her son said Tuesday. Tim Davidson was also inside the home at the time of the explosion.

"I tried to make it to where my mother was asleep in her bed," Davison said. "I couldn't get there. The whole roof had collapsed on top of her."

Davison's neighbor Denny Simpson rushed into the back part of the home to try to help. It was Simpson who finally convinced Davison it was time to go.

Emergency crews were called to the home around 11:30 p.m. Monday. Davison watched, stunned, as crews worked to sort through the rubble and locate his mother's body. Firefighters labored for hours, and even Tuesday morning they were still dealing with stubborn hot spots. Three firefighters sustained minor injuries as a result.

Davison said his doors and windows were blown out Monday night and the whole house was engulfed in flames. Kathy Lankhier, who lives nearby, said the blast shook her home.

"The house was flat, instantly," Lankhier said. "You couldn't see a house then. It automatically went to the next house."

The force of the explosion was so intense that both homes on either side of the Davisons' were damaged. One is a total loss.

"We don't know where we are going to go now," said Linda Robinson, who owned the now-lost home. "What do we do, who do we talk to?"

"She's wonderful, so caring and loving. She was such a good Christian," said Brenda Dibrizzi, Ethel's granddaughter. "She wasn't ready to die." 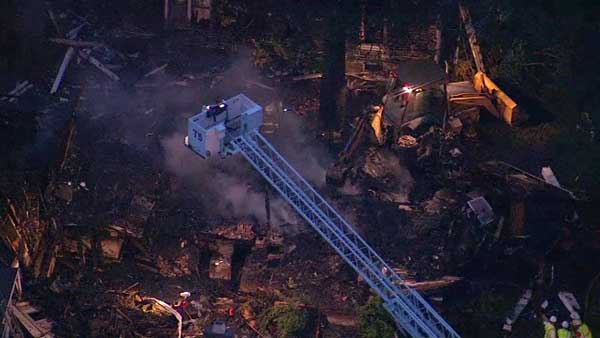 Explosion levels home in Streator
An explosion destroyed a home and damages houses nearby in south suburban Streator, about 90 miles from Chicago.

There is no official word yet on what caused the blast. NICOR and the state fire marshal were on the scene overnight. NICOR worked quickly to canvas the area and ensure no other homes were endangered.

"You've got a large area. So we're walking these entire blocks checking homes and the surrounding ground levels and at the end of the day we'll have all these details," NICOR spokesman Bernard Anderson said.

Streator is about 90 miles southwest of Chicago. 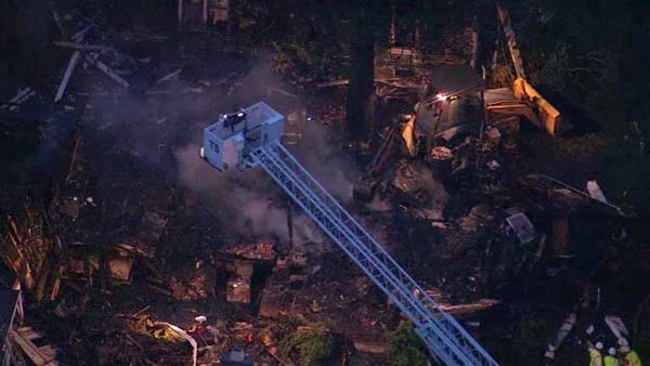