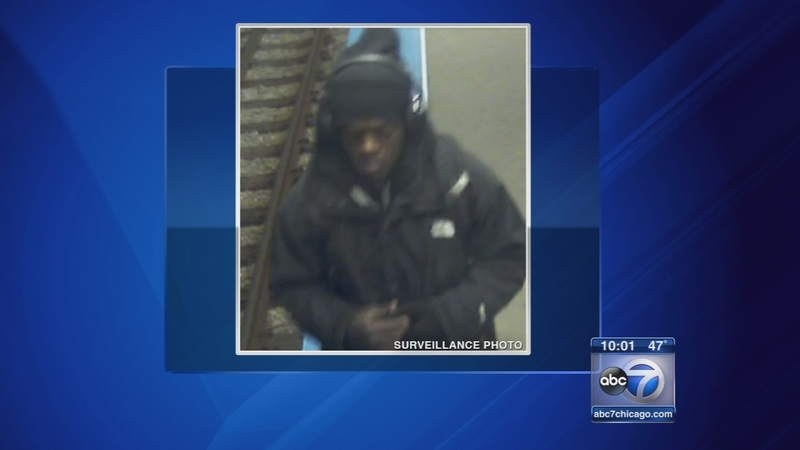 CHICAGO (WLS) -- Chicago police are searching for an armed man they say sexually assaulted a woman after leaving an El stop Saturday on the city's North Side.

The normally quiet Rogers Park neighborhood is on edge after the early Saturday morning attack outside the Jarvis Red Line stop.

Police say it was just after 4:30 a.m. when the suspect, captured on the CTA's surveillance cameras, followed a woman off the train platform at the Jarvis Red Line stop, out of the station and onto the 1400-block of West Jarvis.

Once away from the bright lights surrounding the area, the man grabbed the woman from behind, displayed a gun and forced her into a secluded area where he robbed and sexually assaulted her. Sadly, those who live here were upset but not all that surprised to hear what had happened.

"This area is very deceiving," said neighborhood resident Liz Hawkins. "Most people think it's really nice. It's cleaned up a lot compared to how it was, but I get out for school at 6 a.m. every day and I see a lot of crazy people running around."

"I'm pretty leery of it, especially after midnight," area resident Michelle Peil said. "I'll usually take a taxi, only because I'm always worried about it, even though it's rare. But this is just way too close to home."

Investigators are now hoping someone will recognize the man from still photos. He is believed to be between 25-30 five years old, approximately 5-foot, 8-inches tall and weighing between 165-200 pounds. For those who have dedicated themselves to trying to improve the area over the last several years, the news is unwelcome.

"To see something happen in such a bustling business area such as Jarvis Square in Rogers Park it's not good for the community," said Bill Morton, Rogers Park Chamber of Commerce president. "I'm just thankful the CTA had this on their surveillance cameras and i hope they get whoever did this as soon as possible."

A spokesperson for the Guardian Angels said that they plan to be in the area early Monday morning, passing out flyers with the suspect's photo in the hopes that somebody recognizes him.