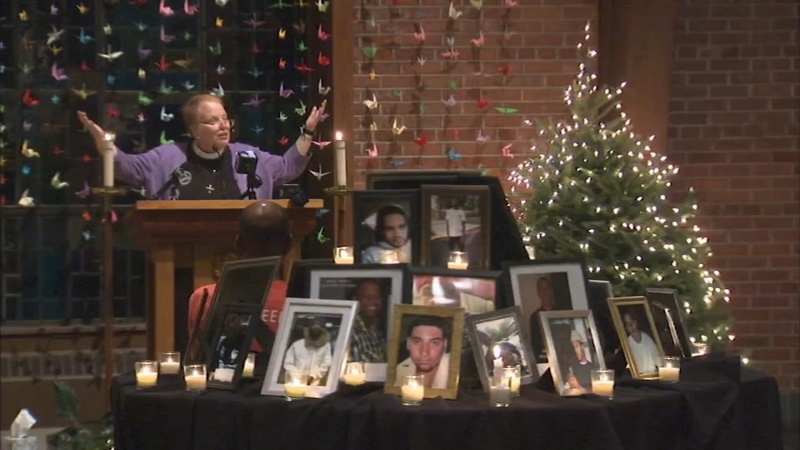 NEWTOWN, Conn. (WLS) -- A bomb threat forced the evacuation of the Sandy Hook Elementary School on Friday, a day of memorial services and moments of silence to mark the sixth anniversary of the massacre of 20 first-graders and six educators.

Teachers and students at the school were sent home for the day after the threat was called in around 9 a.m., and police did a sweep of the building. But they said they did not believe the threat was a credible. Authorities said it specifically referenced the anniversary.

"Obviously there's a heightened level of anxiety," police Lt. Aaron Bahamonde said. "It's not unexpected that these anniversary dates bring out the evil in some people."

Bahamonde said police were trying to determine who made the threat. It wasn't immediately clear if it was related to bomb threats made nationwide Thursday.

A 20-year-old gunman shot his way into the school on the morning of Dec. 14, 2012, and killed the 26 victims before fatally shooting himself. The school building where the shooting happened was razed and a new one was built at the same site.

Church bells in Newtown chimed in the morning, and all town offices were closed from 9:30 a.m. to 9:45 a.m. To honor the shooting victims, Gov. Dannel P. Malloy ordered all state and U.S. flags in Connecticut to remain at half-staff, where they have been in honor of the late President George H.W. Bush.

At vigils in Chicago, families spoke to honor the victims of Sandy Hook and promised to carry on the fight for justice and gun control reform they said still hasn't come.

A vigil at St. Paul and the Redeemer on Chicago's South Side was one of many throughout the area honoring victims and survivors of gun violence, and marking six years since the Sandy Hook tragedy.

"It was a tragedy that shook our country to its core, but nearly nothing happened in the wake of it," said Governor-Elect JB Pritzker.

The shooting continues to fuel the debate on gun control around the country to this day. But there were not debates at the commemorations, just a solitary call for action and a tribute to those killed by gun violence.

Neftali Reyes, Jr., 19, was one of those victims of gun violence; he died less than a year ago.

"He was home on break from college and he was gunned down," said Annette Flores, mother.

Flores survived being shot in the head twice at age 14 only to lose her only son to gun violence.

"He died in a month where it's supposed to be gathering and family. It's a devastating time for me," she said.

Flores carried a rose, as did other families that lost someone dear to them. All members of a club that none of them wished to join, those families now work to make sure others don't experience the same pain.

"Folks are victimized in schools and churches and places where we think it ought never happen," said Attorney General-Elect Kwame Raoul. "We need to make every place a place we don't expect it to happen."

The Centers for Disease Control and Prevention reported Friday that gun deaths in the U.S. are at their highest level in nearly 40 years. Pritzker called gun violence a public health epidemic, and while he said it may not be fixable overnight, he said he believes it can be fixed over time if the nation works together.

"The unthinkable tragedy that occurred on this day will forever have an impact - not only here in Connecticut, but throughout the entire nation," Malloy said in a statement. "I think about these innocent, young children and generous, kindhearted educators every single day. I will always keep them in my prayers."