Man dies after getting stuck in machine at Niles laundry business 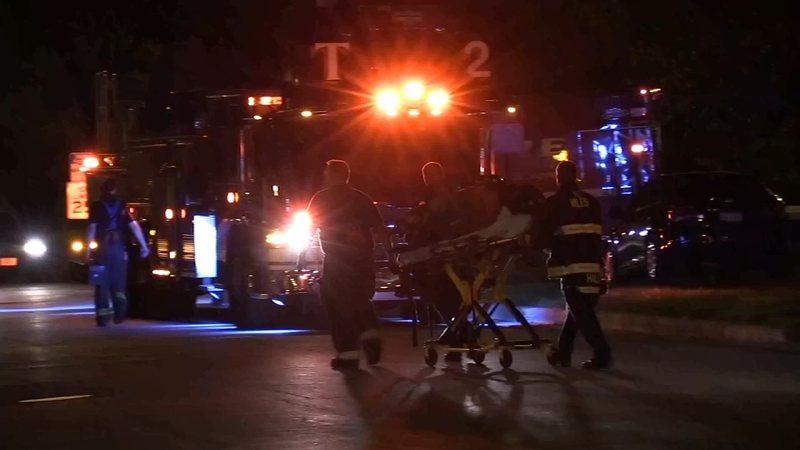 NILES, Ill. (WLS) -- A 42-year-old man died Tuesday night after he got stuck in a piece of machinery at a laundry business in northwest suburban Niles, police said.

Officers responded around 10:40 p.m. to Ecodirect Laundry and Cleaners, located in the 6900-block of North Austin Avenue, to a report of a man stuck in a laundry conveyor belt.

They found him unresponsive in the main dryer area, trapped between a dryer and a laundry conveyor.

Police said he had been working alone, and other employees hadn't seen him since around 9:30 p.m. He was initially found by another employee, who noticed a washer and dryer weren't working around an hour later.

Surveillance video showed that around 9:56 p.m., he tried to remove a towel that was hanging from the dryer, in front of the conveyor system. It moved up and then stopped. That's when police believe he got stuck.

His remains were sent to the Cook County Medical Examiner's Office. He was identified as Pascual Gonzalez-Hernandez, 42, of the 5200-block of North Clark Street in Chicago.

An autopsy Wednesday found Gonzalez-Hernandez died of head injuries in an industrial accident.

An investigation of Eco Direct Laundry and Cleaners was opened Wednesday morning by The U.S. Department of Labor's Occupational Safety and Health Administration.

The administration has up to six months to complete their investigation and issue citations or penalties if they find Eco Direct violated health or safety regulations, OSHA said in an email Thursday.