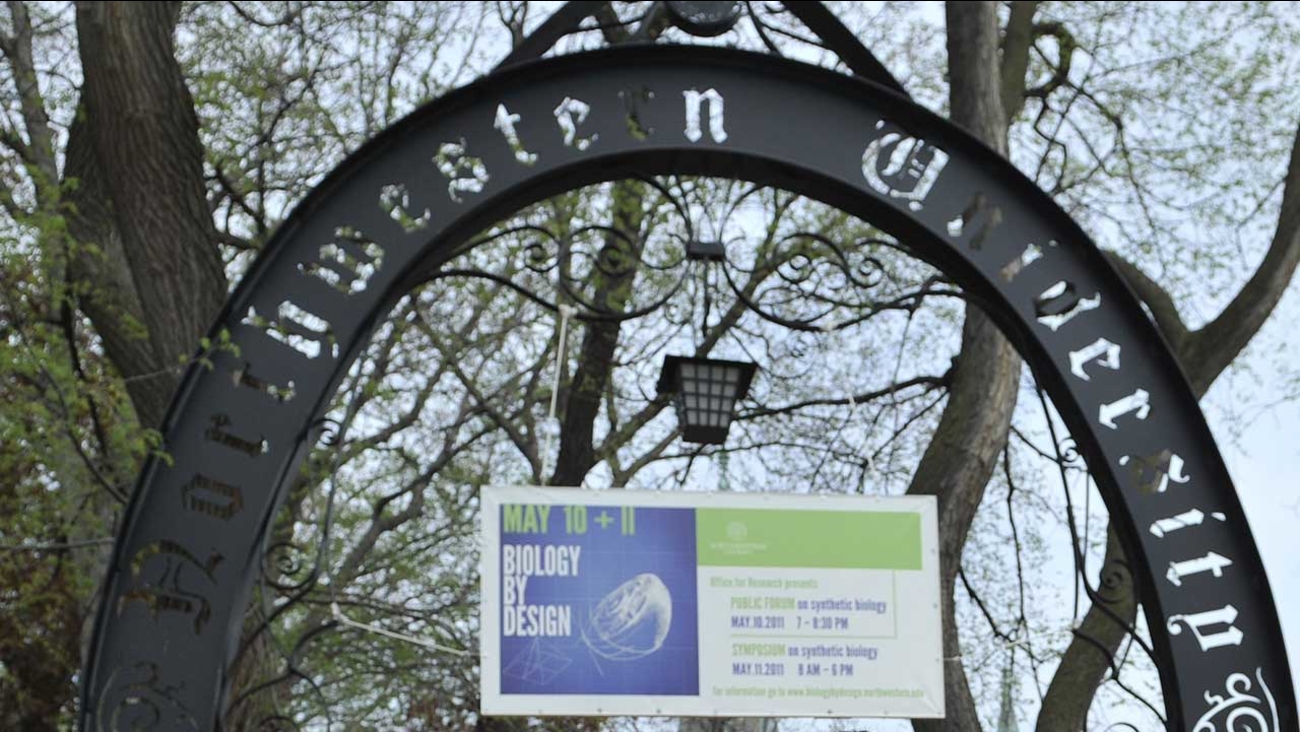 CHICAGO (WLS) -- A Northwestern University student was taken to the hospital after falling from a fraternity house Monday afternoon.

Northwestern University spokesman Al Cubbage said the student fell from the fourth floor of the Pi Kappa Alpha house in the 2300-block of Sheridan Road. He was transported to Evanston Hospital in an unknown condition.

Pi Kappa Alpha Chief Marketing Officer Brent Phillips said in a statement released Tuesday that the chapter is cooperating in the investigation.

The student fell from the roof of the Gamma Rho Chapter house, Phillips said.