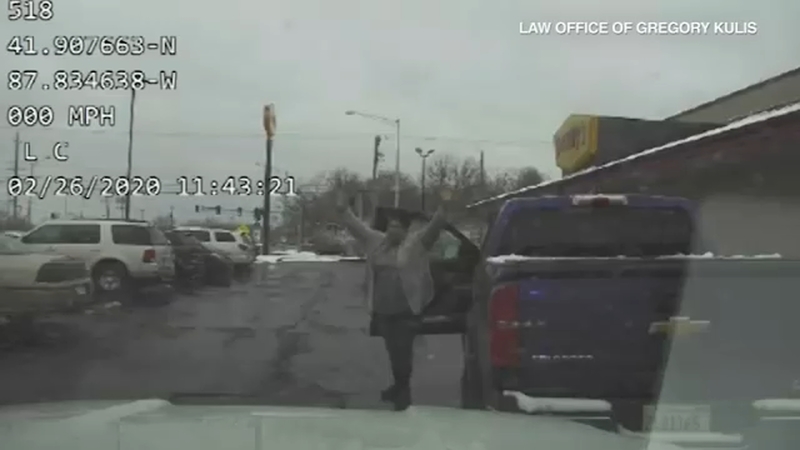 OAK PARK, Ill. (WLS) -- An elderly couple that was swarmed by police and handcuffed as they were mistakenly identified as bank robbers in Oak Park have filed a lawsuit against US Bank.

Police dash cam video shows officers approaching the car with guns drawn. They pull a woman from the vehicle and later place her in handcuffs. That woman, who was in her 60s, and her 87-year-old husband would later learn that police suspected them of robbing a bank.

RELATED: Elderly couple swarmed by police, handcuffed after being mistaken for bank robbers in Oak Park

Police had responded to reports at the US Bank branch in Oak Park a year and a half ago. The suspect was reportedly an African American man between 30 and 40 years old, not an older couple. Demitri Dugar is slowed from diabetes, and her husband Ottis Dugar suffers from glaucoma and is nearly blind. Yet, the couple say, police detained them for about 45 minutes.

The Dugars said they used to be bank customers, stopping in several times a week and always talking to all the employees. But no more. Their attorney has filed suit, accusing US Bank of negligence.