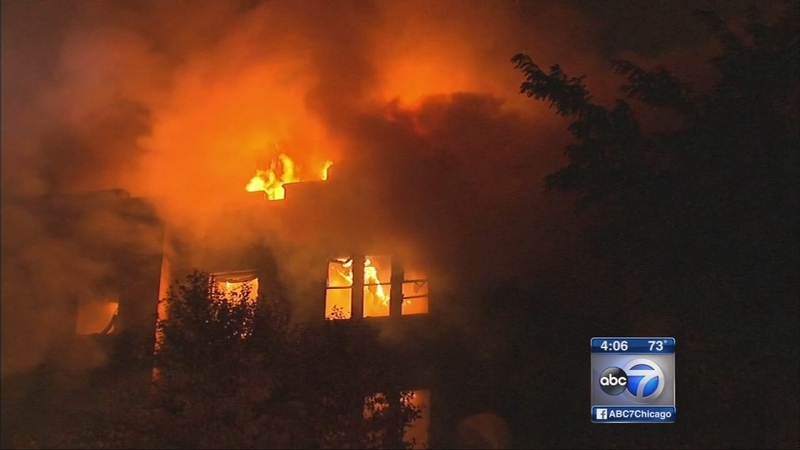 Crews responded to the four-alarm fire at the three-story, 22-unit apartment building in the 200-block of Washington Boulevard around 9:30 p.m. Tuesday.

They found heavy flames shooting out of the structure at the rear of the building, where there are enclosed wooden porches. The village said that's where the fire appears to have started. 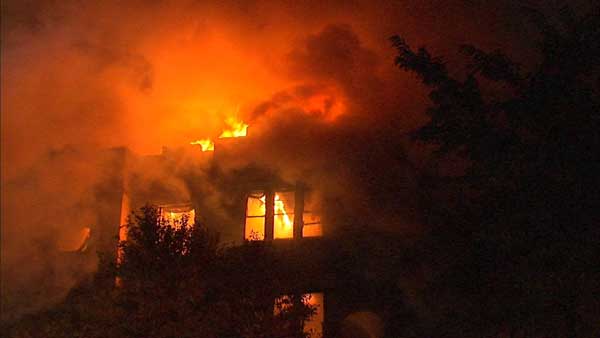 State fire investigators have the challenge of determining the cause with the tremendous damage.

"This one is actually overwhelming, there was a lot of fire damage that occurred, a lot of heavy fire to the rear of the structure," said Deputy Chief Peter Pilifas, Oak Park Fire Department.

All of the 40 occupants made it out thanks to residents alerting each other. Some knocked on doors and checked on elderly residents.

"I opened the door and it was like backdraft, all of a sudden a beam fell down and all this fire came in and it was so surreal," said Bonny Brown, a resident.

"I thought it was a bonfire at first and I looked out and it was flames lighting up the building next door," said Colleen Thompson, a resident.

Firefighters from 11 surrounding communities rushed to the scene to help put out the fire. The fire was extinguished around 3:40 a.m. Crews were still on the scene around 5 a.m., dousing hot spots.

One firefighter was treated at Loyola University Medical Center for heat exhaustion, the village said. None of the residents were injured.

"When I turned around that's when I saw nothing but flames up front in the building, it was really scary," said Jennifer Graham, a resident.

Many of the residents we spoke with did not have insurance and escaped with only the clothes on their backs.

Firefighters were able to retrieve some items from units that weren't as badly damaged.

"I've never felt so helpless in my life, to see all my possessions go up in smoke," said Mack Adebayo, a resident.

The village said much of the roof collapsed and the building will likely be a total loss. Fire officials said all 22 apartments were rendered uninhabitable. A two-flat adjacent to the apartment building sustained "minor radiant heat damage."