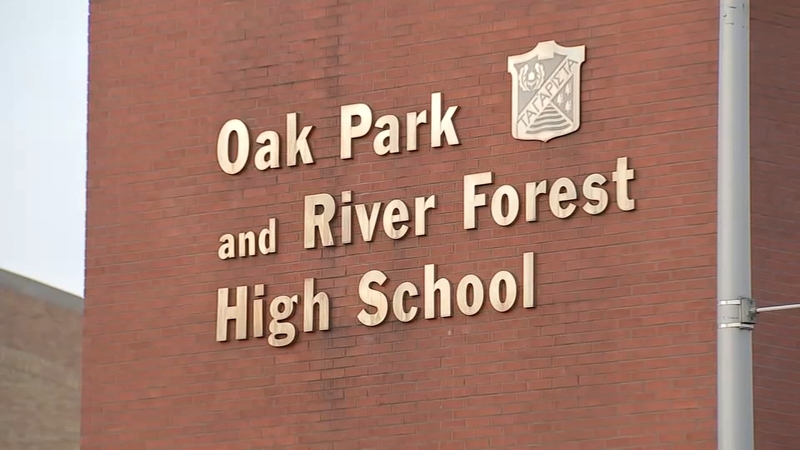 OAK PARK, Ill. (WLS) -- An Oak Park teen is charged with bringing a gun onto school grounds in the west suburbs, according to police.

Police said they responded to Oak Park and River Forest High School around 12:30 p.m. Tuesday after receiving a report that 18-year-old Keyon Robinson intended to bring a gun to the school that day.

The teen was stopped on school grounds before entering the building, where police said they recovered a loaded handgun.

Robinson was then taken into custody, Oak Park police said.

"No one really realizes until it happens how close you come," said Beatrice Dunbar, sophomore.

Students said they had no idea what was happening on campus while they were inside the sprawling suburban school building.

"A lot of people were upset about it and a little scared that the school didn't take proper safety precautions," said Roscoe Cadwell, senior.

"There was just an email after school. No one knew about it until they emailed us, but the rest of the day just went on normally," Dunbar said.

The email to students and parents read, in part, "Please know that the safety of the students and adults in our building is our top priority...There is no place for this activity at OPRF, and the student involved will be subject to school board policy and appropriate laws that govern weapons on school grounds."

The handgun recovered was later identified as a self-manufactured unmarked semi-automatic firearm, also known as a ghost gun, according to the Cook County State's Attorney Office. It was loaded with 13 rounds of ammunition.
Robinson has been charged with two counts of aggravated unlawful use of a weapon. He was also found to have an active warrant out of DuPage County for a traffic violation, according to police.