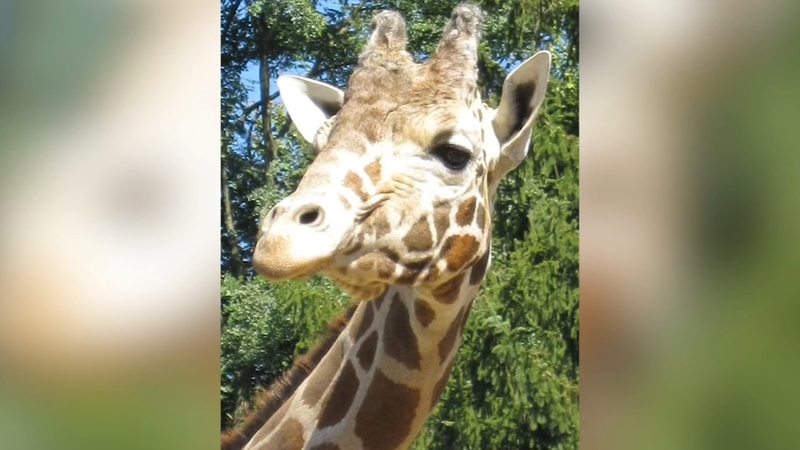 Oldest living male giraffe in US in hospice care

RISING SUN, Md. -- The oldest living male giraffe in the U.S., if not the world, is now in the animal equivalent of "hospice care."

"Jimmie" the giraffe has lived at Plumpton Park Zoo in Maryland for 25 years. The zoo reports the 3,000-pound animal now lives in a new state-of-the-art giraffe barn with a team of veterinarians handling his medical care, according to CNN.

Being 26-years old is a feat for Jimmie because male giraffes rarely make it to 20, according to experts.

A foot or leg problem often leads to an early death.