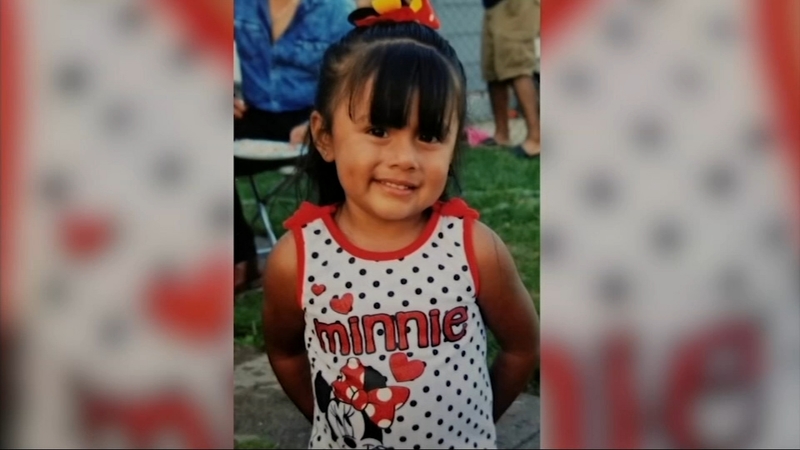 The Cook County Medical Examiner identified the girl as Alexandra Martinez of Harvey.

Orland Park Police Chief Tim McCarthy said Alexandra, who was better known as Alexa, was with her grandmother, her aunt and four other child relatives in the store on the lower level. Surveillance video shows Alexa playing in and around the store with her relatives just before the accident. While they were playing two temporary steel walls somehow fell and struck the girl.

"The temporary wall dividers weighted between 75 and 100 lbs. each," said Orland Park Police Chief Tim McCarthy. "They were stacked next to each other and fell upon the child, causing significant head injuries."

The walls were eight feet tall, McCarthy said. Police said there were no surveillance cameras pointed directly at the area where the temporary walls fell.

"They appear to be stored in that specific area as you walk into the Akira store on the right," McCarthy said. "Until we get better video, enhance the video, we cannot specifically conclude at this time if one of the children may have pushed over the wall dividers."

The footwear section of the Akira store remains closed Wednesday as Orland Park police continue their investigation. Police also said they are not aware of any building code violations at the store.

Orland Park police said officers and paramedics responded to the scene shortly before 2 p.m. Tuesday. Paramedics performed medical treatment at the scene, then transported Alexa to Christ Medical Center in Oak Lawn where she died from her injuries.

Video taken by shoppers inside of the mall shows paramedics inside the mall, one carrying a stretcher. Several people at the shopping center, including a nurse and a doctor who were nearby, attempted to help the child.

In a statement, a co-owner of Akira, which is a Chicago-based retailer, said, "We are devastated by this tragic event. We are working to collect all the details."