Teacher, girlfriend accused of having sexual relationships with 2 students 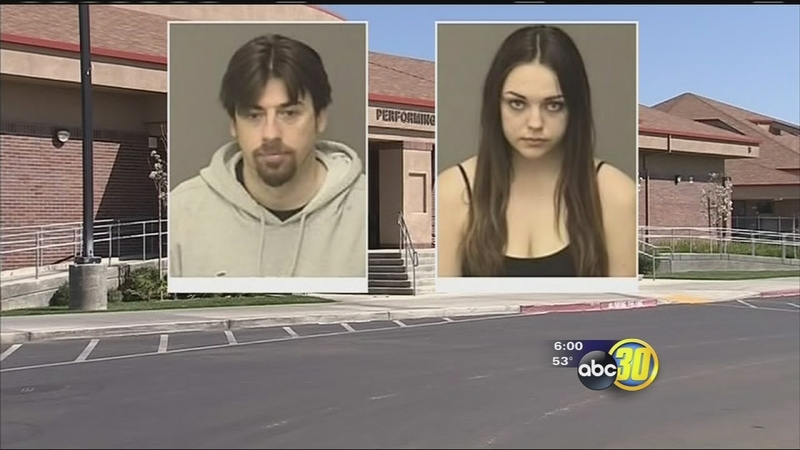 LOS BANOS, Calif. -- A North Valley teacher is in jail accused of having sexual relationships with two students. Detectives said his girlfriend also molested one of the victims.

Police said the investigation involved reviewing thousands of messages on social media plus processing cell phones, computers and DNA evidence. They haven't ruled out the possibility of more alleged victims.

Bettencourt was a trusted teacher at Los Banos High from 2002 to 2010 and has worked at Pacheco High since then. But police said he violated that trust by having sexual relationships with two female students.

"It's very disturbing. You hope that it never happens during your career, and when it does, it's like a punch in the stomach and it's a betrayal of the profession," said Dr. Steve Tietjen, superintendent.

The allegations first surfaced in September when one victim confided in a school employee. She reported having sexual encounters her English and drama teacher, Bettencourt, and his girlfriend, Egan. The victim said it started early last year and ended when she graduated in June as a 17-year-old.

"Throughout the investigation, we received several pieces of evidence which included social media. We recovered information from computers so we were able to tie some information to our second victim," said Acting Chief Ray Reyna, Los Banos Police Department.

That second victim is now 27-years-old, but she described a sexual relationship with Bettencourt from the time she was 15 to 17. Prosecutors filed charges Monday, and police arrested both suspects Wednesday morning.

"Their charges involve unlawful sexual acts with a minor, lewd contact, and several other charges related to that type of conduct," Reyna said.

Administrators said they provide training every year to staff and students to prevent situations like this. They're offering counseling to those who were in Bettencourt's classes.

"We all feel betrayed here, and I just want to try to build the trust back into the system we had before this occurred," Tietjen said.

Bettencourt has been on paid administrative leave since September. Now that charges have been filed, he'll be placed on unpaid leave and could lose his teaching credentials.