Family in danger of losing home retrofitted for quadriplegic son 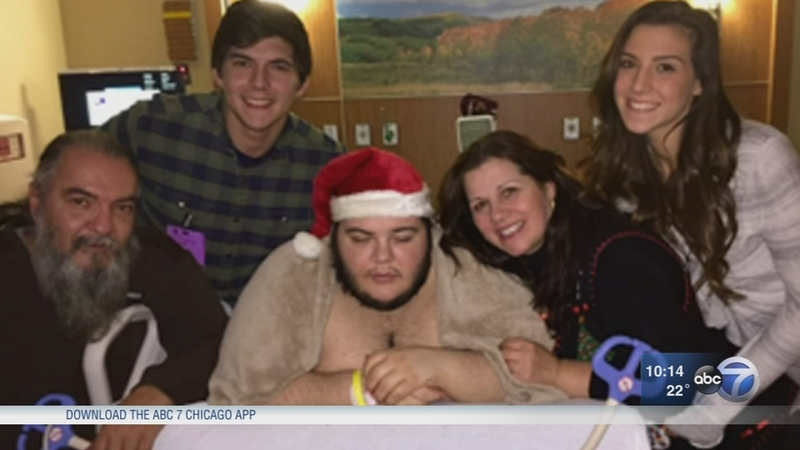 PALOS PARK, Ill. (WLS) -- A family from southwest suburban Palos Park is in desperate need of help. After retrofitting their home to accommodate their son, who is quadriplegic, they're now in danger of losing it.

The Bezanis family is running out of time before they lose the home they have been renting long-term and planned to purchase.

Eight years ago, Roula and Paul Bezanis' son, Nikolas, suffered a devastating injury diving into a lake. He has never walked again, weighs more than 500 pounds due to complications from his medications and over time, his brain injury has worsened.

"There's times that he really forgets. He's like, 'Why can't I move, Mom?' I said, 'Nikolas, you had an accident,'" Roula said.

His father custom-fitted their home, building ramps and widening doors all so Nic could be where he belongs. But then, Paul said, "The house was foreclosed on by the owner that was renting it to us."

The Bezanises always planned to buy the home but found themselves unable to purchase outright after paying for all the retrofitting. A judge gave them a month to gather $250,000.

"It's almost as stressful as when Nic had his accident, in a way, in that we have Nic with us and everything, but we don't know if we're going to have what was made for him with us," Paul said.

"He probably won't survive outside his house more than a couple months, is what I've been told," said Tim Keefer, owner of Original Island Shrimp House.

Keefer has helped raise more than $100,000 for the family, but they're still short and the clock continues to tick toward Jan. 8.

"It was an opportunity to make, you know, the world's full of ugliness, it's just a beautiful thing to try to do to try to help somebody," Keefer said.

Nic's brother, Adam, is also his caretaker. He's balancing medical school while he takes care of his brother. He said Nic would have done the same for him.