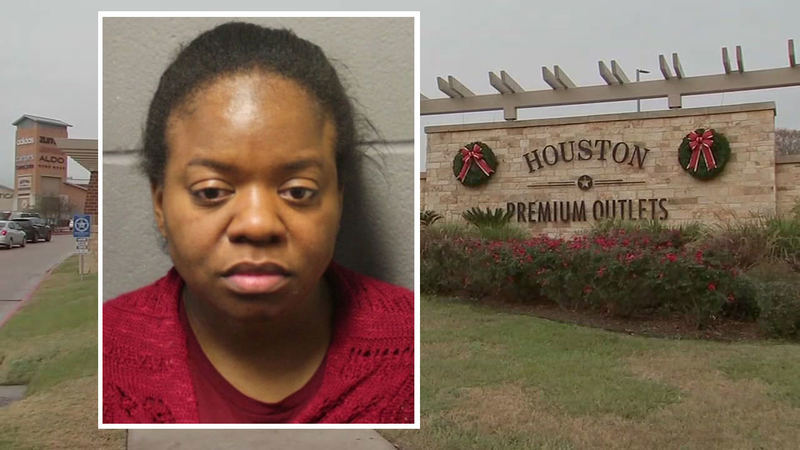 CYPRESS, Texas -- A Houston woman is accused of attacking another woman with a baseball bat in the parking lot of the Houston Premium Outlets in Cypress.

Ruthann Ezell, 37, went before a judge Monday morning. She is accused of getting angry at a woman who, while waiting to pull into a parking space, blocked her from leaving her spot for a prolonged period of time on Sunday.

That's when investigators say Ezell slammed her car into the other vehicle, got out of her car, grabbed the bat and smashed the woman's rear windshield.

She then, according to police swung at the other woman.

It didn't end there, according to investigators. Ezell got back in her car and put it in reverse, momentarily pinning the other woman between two vehicles. Ezell left the scene and was arrested at her home after eyewitnesses gave license plate information to Precinct Four Deputy Constables.