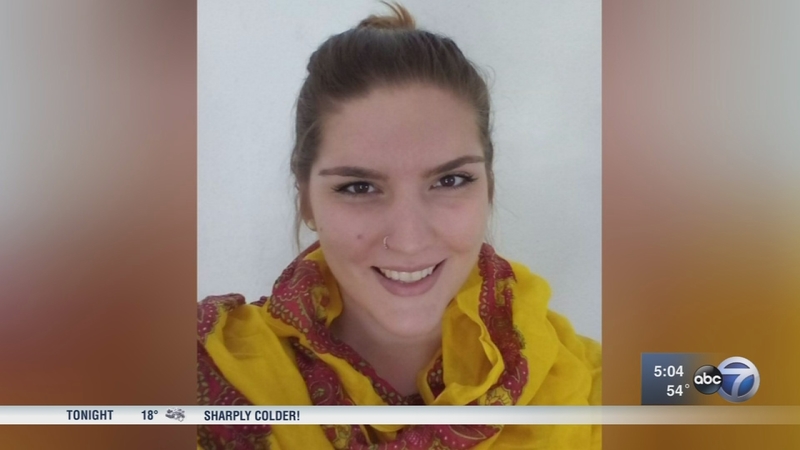 Bernice Heiderman of Inverness was volunteering in Africa when she became sick with an unknown illness on New Year's Day and passed away Tuesday.

The 24-year-old is being remembered as a hard working outspoken person, who strongly believed in the mission of the Peace Corps.

Known as "Bea" to her family and friends, Bernice Heiderman was determined to make a difference in her life. One month after her graduation from University of Illinois at Chicago, Bernice joined the Peace Corps. She served as an education volunteer teaching kids in the island nation of Comoros, located off Africa's east coast.

"She wanted to represent the America she loves, the America that strives better the world through peace, friendship and education," said her brother Billy Heiderman.

Bernice had plans of staying with the Peace Corps as long as she could, but on Tuesday she died from a sudden illness.

Her death was devastating not only to her family, but to Inverness neighbors such as Lisa Reardon who has known Bernice since birth.

"She always had a sparkle in her eye, too and as she became older, she was always laughing, a lot of fun, she'd grown into such a beautiful young woman and she was so adventurous," said Lisa Reardon, a close family friend and neighbor.

Family and friends say while in Comoros, Bernice was most proud of starting and securing grants for a Junior Explorer's Club, which exposed kids to sites they had never seen in their own country.

Bernice also never forgot home and brought a bit of Chicago with her. She even taught her class how to sing "Go Cubs Go."

The youngest of three children, the Heiderman family said Bernice will always be remembered as a wise-cracking outspoken person who wanted to be extraordinary.

"She didn't live an ordinary life, I just wish she had more time to show us how extraordinary she could have been," her brother Billy said.

Before leaving for the Peace Corps, Bernice worked as a volunteer for the Field Museum.

The Peace Corps is setting up a memorial fund in Bernice's name and all proceeds will go directly to the Bea's Junior Exploration Club. In the meantime, donations may be made to St. John's UCC, 1475 Algonquin Rd, Palatine, IL 60067.